Health-Boundaries-Bite, my original site, began two decades ago. Hosting was priced site by site – no package deals. So, I put five sites: health, justice, gardening, solar, and looking good into one.

Barbed wire, an unobtrusive boundary but one with little teeth ready to inflict pain, worked well as an image.

My goal was/is to help people protect themselves from the barbs of knowing too little about vitamin B12 and the impact of low levels of B12 on health, as well as the barb of too little money for B12 tests, resulting in too much vulnerability to Pharma.

The goal of Health-Boundaries is to give everyone, even if you aren’t insured, a way to see if your B12 level is healthy, or too low and likely to cause problems.

Another goal is to provide alternate information to that provided by testing labs in the United States and other countries that use 180 as the low normal for vitamin B12 despite the fact research has shown cognition begins to decline at a level of 550, even 500.

I feel doctors trust Pharma and its well-rehearsed drug reps, while distrusting patients. For all a doctor knows a patient may be recounting symptoms read on the internet, rather than experienced.

I can see how doctors, pressed for time, opt for one-size-fits-all-prescriptions, rather than lengthy question and answer sessions to find the best fit for an individual patient.

Meanwhile, patients with little or no awareness that 128,000 Americans die each year from medications taken as prescribed, do as their doctors prescribe.

Could it be that what’s really needed is a vitamin?

Antidepressants are a good example of “one size fits all”. For instance, when I was depressed because my son chose to live in London rather than near me in Santa Fe, my doctor prescribed an antidepressant which she said would help my neurotransmitters. I didn’t know what that meant, but it sounded effective.

The unmentioned side effects were weight gain and hair loss. Even now I’m surprised anyone would call a pill with those side effects an antidepressant.

A different antidepressant I was prescribed caused incontinence and increased suicidal feelings. I ask you, who in their right mind can call that kind of drug an antidepressant?

I no longer suffer from depression, but not because of prescriptions.

At the same time, in two instances doctors were crucial in turning around my health. First, ER doctors, after I tried to kill myself, administered a vitamin B12 test. The test showed that I had profound B12 deficiency. Second, on Christmas Eve, 1998, my doctor had a nurse show me how to give myself B12 shots so I didn’t have to keep paying for a nurse to do it. And, he prescribed injectable cobalamin.

To say my life changed dramatically is an understatement.

Playing a part equal to that of doctors

I played a part equal to or greater than that of doctors in turning around my health. For instance, hospital doctors failed to explain my B12 deficiency to me. I believed they would have. Except, police took me out of the hospital and put me in jail for having shrubs that were too tall. Jail for Weeds

Luckily I tried to sue the police for excessive force and the hospital doctors for malpractice.

In resulting depositions I discovered the hospital had no notes in my file indicating an intention to tell me about the B12 test results and what I needed to do. Once I knew that, I wasn’t as angry at the police. They hadn’t interfered with me getting well as much as I had imagined. So, I settled for $12,000.

The hospital lawyers refused to settle even though what I wanted was for the hospital to run public service ads about the role if vitamin B12 in mental and physical health.

When it sank in that the doctors and hospital liked Prozac and prescriptions, not vitamin B12, I began this website. That’s two decades ago.

As an aside, I pointed out in my settlement offer that it was likely the hospital could get free time spots on radio and television to run the public service announcements, so it wouldn’t be costly.

Your part in tearing down health boundaries

The part you play in turning around your health is unlikely to involve suing. Rather, it will involve learning as much as you can about your health issues so you understand how a particular prescription could help, or be dangerous.

Many times a prescription or even surgery can be avoided by changing a few things. For instance by eating yogurt and Swiss cheese nearly every day I’ve reintroduced B12 making bacteria to my digestive system. As a result, my memory has improved more than when I was relied on vitamin B12 lozenges alone.

Similarly, but different, studies have shown that replacing animal based protein with plant based protein restores coronary arteries, eliminating the need for bypass surgery.

Vitamin B12 is crucial to health, as is the role you and I play in advancing our own health, in getting rid of the health boundaries that hold us back.

There’s no better way to advance our health than to create a personal “script” outlining our “role” in improving our health, rather than relying on a one-size-fits-all prescription. By script, I mean notes we keep in recording our symptoms, vitamins, foods, stress, etc.

If your script begins to show improved memory when you use methylcobalamin B12 lozenges, for instance, then you can act on that, with confidence. By developing your script, over time, you will come to know the true character of your health and you will be able to play an award winning role in restoring your health. And, all at a far lower cost than a precarious life relying on costly, inadequately explained prescriptions and surgeries.

Getting rid of health boundaries

Vitamin B12 and Fingernails ~

This Is a Fingernail, obviously. What is equally visible but perhaps not as obvious is the fact that the person has health issues. The cost of a vitamin B12 test can be prohibitive. Cost is one of many health boundaries for some people. Your fingernails reflect your vitamin B12 health, for free.

Vitamin B12 and Fingernails Pictures ~

Photos show how low vitamin B12 levels change fingernails gradually. Some photos show how fingernail lines or ridges are in the texture of the nail. Others show moons in various stages of return or retreat. Because changes in nail texture are gradual you may hardly notice them at first. 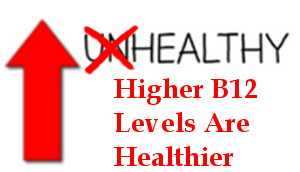 Two research articles discuss how vitamin B12 levels below 500-550 cause memory loss, dementia, and lethargy. This is significant because vitamin B12’s “low normal” in many countries is 200. That’s the level at which red blood cell problems can be seen.

There is a growing movement to raise the “low normal” to encompass early damage to nerves.

Famously, vitamin B12 foods are dairy, eggs, fish, seafood, and meat. What isn’t well known is that vitamin B12 originates exclusively with microorganisms, that is, bacteria. When you eat a food like Swiss Cheese with live, B12 making bacteria, you enrich your digestive system with an ongoing source of vitamin B12.

You can eat well, choosing organic food, and still suffer from malnutrition if you have malabsorption problems. Vitamin B12 is often a victim of malabsorption. When malabsorption keeps your vitamin B12 levels low, your body has a problem making new red blood cells. Instead of your blood cells maturing and dividing, they enlarge but don’t divide. 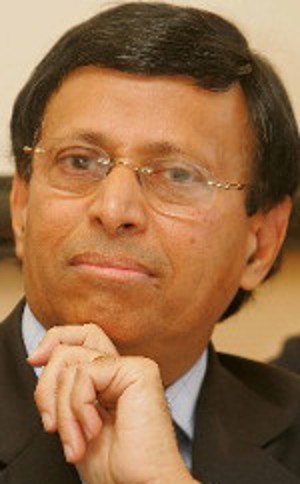 Vitamin B12 Deficiency Under Diagnosed ~

Dr. Chandy is not popular with the medical establishment in England. This is because he strongly believes that vitamin B12 deficiency must be suspected in all patients with unexplained neuro-psychiatric symptoms. Many patients with B12 deficiency fall through the cracks because symptoms ranging from severe depression to paralysis are not recognized by the medical establishment as having any relationship to vitamin B12. If you have symptoms of low vitamin B12 levels you owe it to yourself to try Methylcobalamin B12 lozenges so that you can see for yourself if, after two months, you have a significant improvement in your health. 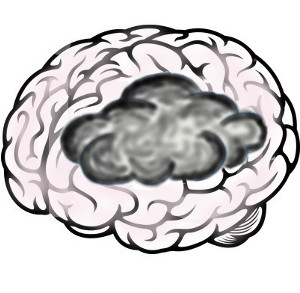 Cognitive disorders from low vitamin B12 ~

Many different cognitive disorders result from low vitamin B12 levels. Here’s information on them and neuro-psychological testing. I forget on which forum it was that I found this material, back when I used to go to forums.

Angiogram and Dr. Chandy ~ No copyright is claimed for the angiogram image and the Dr. Chandy images and to the extent that material may appear to be infringed, I assert that such alleged infringement is permissible under fair use principles in U.S. copyright laws. If you believe material has been used in an unauthorized manner, please contact me, Karen Kline, via the contact form.