For a long time people believed Batabata-cha contained B12 because of fermentation unique in its processing.

All organic Japanese tea has Vitamin B12

Since bacteria make B12 and plants cannot make it, organically grown tea plants appear to absorb B12 from the soil. This is possible because Japan’s organic farming sector creates rich soil by using fish meal as fertilizer.

Fish are a rich source of vitamin B12.

To release vitamin B12 from protein you need an adequate level of stomach acid. People with low levels can’t release B12 from protein. For them, B12 remains protein-bound.

What is startling is that 47% of Americans have hypochlorhydria, i.e. low levels of stomach acid. This is partially due to increased use of antacids marketed as a good source of calcium.

For all of these people, the following research suggests an excellent source of vitamin B12 to enhance, even restore nerve and blood health.

Preliminary experiments indicated that most of the B12 found in the commercial black tea (Batabata-cha) drink were recovered in the free B12 fraction… Our previous study (4) has demonstrated that although B12 content (about 2.0ng/100mL) of the black tea drink is slightly low, the feeding of the tea drink can improve considerably B12 status in B12-deficient rats. Judging from the results presented here, two (Ryu bao and Batabata-cha) of black tea leaves may be available as plant sources of B12 for vegetarians and/or elderly peoples.  Occurrence of Vitamin B12 in Green, Blue, Red, and Black Tea Leaves

The results indicate that the vitamin B(12) found in the fermented black tea is bioavailable in mammals.

Is it Black or Green 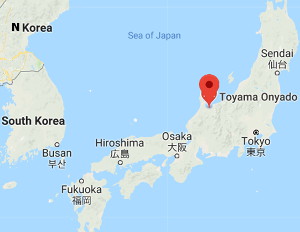 I find it somewhat confusing that the research identifies Batabata-cha as a black tea from Toyoma, Japan, but when I search Toyoma for tea, I find Yunomi which sells specialty Japanese teas, to include Batabata-cha, which it says is a green tea.

I ordered Batabatacha and found it to be quite beautiful: leaves, little twigs, all with a vibrant freshness. I’m using it with black tea to make Kombucha. Since I’ve been using the Batabatacha from Yunomi my SCOBYs have become much more beautiful. Really! They no longer have straggly bits hanging off the sides and bottom. And, they are much thicker.

When I emailed Yunomi asking whether Batabata-cha is black or green tea, they replied,

It is a green tea because it undergoes a fixation (steaming) that halts oxidization soon after harvest.

But it’s also a dark tea (written “black tea” in Japanese since black tea is written as “red tea”) because it’s fermented. Black tea and oolong tea is undergoes enzymatic oxidization which isn’t happening in this case.

So is it a green tea or dark tea? Both!

Early August is the harvesting season for tea leaves used in making batabatacha. Tea leaves are steamed in a pan until the color becomes yellowish-brown. Steaming process stops the function of enzymes. After drying the tea for half-day, it is placed in a wooden box for fermentation. The last step is to take the tea out from the box and fully dry it under the sun.

Batabata – The Sound of Whisking

The name, Batabata-cha, derives from the sound a whisk makes when the tea is frothed. Apparently some teas are whisked to froth before drinking. 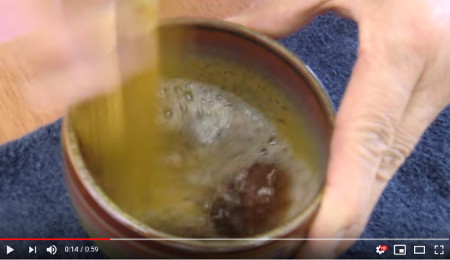 Yunomi was founded by Ian Chun, originally from Hawaii, educated at Brown University.

Yunomi’s goal is bridging “the language and cultural borders that separates Japanese tea farmers with tea enthusiasts worldwide. More than “farm-to-table”, we believe in “people-to-people”—at Yunomi, you can read about the farmers who grow your tea, while we translate your feedback into Japanese so they can learn about you! Join us in a life steeped in tea!”

Indeed, they list all the farms they do business with, and you can learn about any one of them through pictures and description. It’s pretty neat.

I chose to order Batabata-cha from Yunomi in Japan, but it’s also available from Yunomi on Amazon.

At first I thought the Organic Black Tea, Irish Breakfast, from Frontier on Amazon, would have B12 in it, because of the research above. But, I’m no longer so sure.

Some organic fertilizer other than fish meal could be used, and that would likely mean less vitamin B12, if any.

I’m reminded of elderly South Koreans who eat primarily grain and vegetables, and typically don’t use vitamin supplements, who have vitamin B12 levels similar to those of elderly Americans who eat meat and use supplements.

Researchers Chung Shil Kwak, Mee Sook Lee, and Se In Oh explained that South Koreans ferment many foods. For instance, their favorite, Kimchi, ferments cabbage with fish sauce or small fish. Taken from Discovery of Novel Sources of Vitamin B12 in Traditional Korean Foods from Nutritional Surveys of Centenarians

I believe the Batabata-cha I ordered has viable B12 making bacteria in it. But, I don’t know for a fact that it does.

One article on Batabata-cha eagerly explained that heating later in the preparation of tea leaves for market, kills the mold.  But, when I was reading about the B12 making bacteria responsible for the holes in Swiss cheese, they’re able to survive relatively high temperatures in commercial B12 production. Also, the bacteria used in culturing yogurt happily survive the initial hot water.

Kombucha, for example, is rich in probiotic bacteria. The Kombucha SCOBY that makes Kombucha out of sweet tea, is a Symbiotic Colony of Bacteria and Yeast. When I buy Korean Rice Wine kits they call the yeast, “mold.” 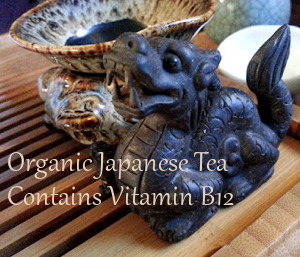