Effect of serrapeptase on swelling, pain and trismus after surgical extraction of mandibular third molars 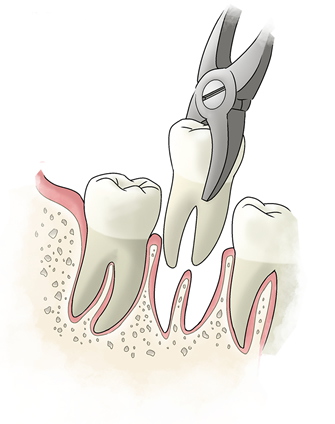 The aim of this study was to investigate the ability of serrapeptase to reduce post-operative swelling, pain and trismus after third molar surgery.

Teeth were removed in 2 sessions by the same surgeon. At each session, one third molar was removed under local anaesthesia via a buccal osteotomy.

All patients received a combination of either serrapeptase 5mg or placebo tablets and 1000mg paracetamol tablets at either the 1st or 2nd operation in accordance with the randomization plan.

There was a significant reduction in the extent of cheek swelling and pain intensity in the serrapeptase group at the 2nd, 3rd and 7th postoperative days, but no significant difference in mean maximal inter-incisal distance was found between the 2 groups.

Reduction of postoperative swelling in treatment with serrapeptase

Using a quantitative standardized procedure, the swelling of the ankle produced by supination trauma was measured. In the 66 patients with fresh rupture of the lateral ligament treated surgically at our Department between December 1986 and April 1987, a prospective study of the effect of serrapeptase (Aniflazym) on postoperative swelling and pain was carried out in 3 randomized groups of patients.

To the group receiving the test substance, the swelling had decreased by 50% on the third post-operative day, while in the other two control groups (elevation of the leg, bed rest, with and without the application of ice) no reduction in swelling had occurred at that time.

The difference is statistically significant (p = 0.013).

Decreasing pain correlated for the most part with the reduction in swelling. Thus, the patients receiving the test substance more rapidly became pain-free than did the control groups.

On the basis of these results, serrapeptase would appear to be an effective preparation for the port-operative reduction of swelling, in comparison with the classical conservative measures for example, the application of ice.

Abstract: A multi-centre, double-blind, placebo-controlled trial was carried out to investigate the clinical efficacy of the anti-inflammatory enzyme serrapeptase in a total of 174 patients who underwent Caldwell-Luc antrotomy for chronic emphysema. Eighty-eight patients received 10 mg serrapeptase 3 times on the day before operation, once on the night of the operation and 3 times daily for 5 days after operation, the other 86 received placebo.

Changes in buccal swelling after operation were observed as a parameter of the response to treatment.

The degree of swelling in the serrapeptase-treated patients was significantly less than that in the placebo-treated patients at every point of observation after operation up to the 5th day (p less than 001 top less than 0.05). Maximal swelling throughout all the post-operative points of observation was also significantly smaller in size in the serrapeptase-treated group than in the placebo-treated group. No side effects were reported.

Effect of serrapeptase in patients with chronic airway disease. 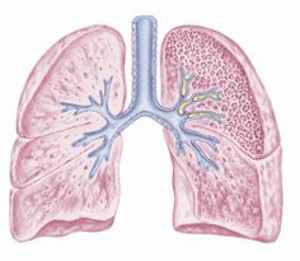 Abstract: We investigated the effect of SER on sputum properties and symptoms in patients with chronic airway diseases. This study was an open-labelled trial with a non-treatment control group. Patients were randomly assigned to oral treatment with and without SER 30 mg/day for 4 weeks. Patients collected sputum samples for about 4 h in the morning on the day the trial began and 4 weeks later. We measured the amount of sputum by weighing. Part of each sputum sample was weighed and then completely dried and reweighed. The percentage solid component, viscosity and elasticity of the sputum were measured. Mucociliary transportability index was measured using ciliated bovine trachea ex vivo. Sputum smears were also prepared to count sputum neutrophils. Patients’ symptoms were assessed by a questionnaire that used a visual analogue scale.

After 4 weeks of SER treatment, sputum weight in the morning, percentage solid component, viscosity and elasticity of sputum, sputum neutrophil count, frequency of coughing and frequency of expectoration significantly decreased.

CONCLUSIONS: SER may exert a beneficial effect on mucus clearance by reducing neutrophil numbers and altering the viscoelasticity of sputum in patients with chronic airway diseases.

A preliminary trial of Serrapeptase in patients with carpal tunnel syndrome

This study was planned to assess the response of Serrapeptase in patients with carpal tunnel syndrome (CTS).

Twenty patients with CTS were evaluated clinically. After baseline electrophysiological studies, these patients were given serrapetase 10 mg twice daily with initial short course of nimesulide.

Clinical and electrophysiological reassessment was done after 6 weeks.

Sixty five percent of cases showed significant clinical improvement which was supported by significant improvement in electrophysiological parameters. Recurrence was reported in four cases. No significant side effect was observed.

CONCLUSIONS: Serrapeptase; therapy may prove to be a useful alternative mode of conservative treatment. Larger study may be further helpful to establish the role of Serrapeptas in CTS.

Bacteria often endure a process called biofilm formation, which results in resistance to antimicrobial agents. In an attempt to prevent this bacterial immunity, researchers have experimented with various means of inhibiting biofilm-embedded bacteria. One study conducted by Italian researchers suggests that proteolytic enzymes (to include Serrapeptase) could significantly enhance the activities of antibiotics against biofilms.

Antibiotic susceptibility tests showed that serratiopeptidase greatly enhances the activity of the antibiotic, ofloxacin, and that it can inhibit biofilm formation.  1993

Treatment of breast engorgement with Serrapeptase

We evaluated an anti-inflammatory enzyme drug Danzen (Serrapeptase) Takeda Chemical Industries, Ltd. on 70 patients complaining of breast engorgement. These patients were randomly divided into 2 groups, a treatment group and a placebo group. A single observer, unaware of the group the patients were in, assessed the severity of each of the symptoms and signs of breast engorgement before treatment was commenced, and daily for 3 days, during which therapy was administered.

Intestinal absorption of serrapeptase in rats

A sensitive sandwich enzyme immunoassay (e.i.a) for serrapeptase (TSP), an orally available anti-inflammatory proteinase, was established using affinity-purified anti-TSP rabbit IgG and its Fab fragment conjugated with horseradish peroxidase as the first and the second antibodies respectively. TSP in the plasma was determined by the e.i.a. after its oral administration (100 m/kg) to rats.

The peak concentration was observed between 30mm and 2 h after administration.

TSP in the plasma samples was trapped in a microtitre plate coated with the affinity-purified anti-TSP rabbit IgG. and the hydrolysis of a synthetic fluorogenic substrate, butoxycarbonyl-Glu(benzyloxy)-Ala-Arg-4-methylcoumaryl-7amide, by the trapped TSP was fluorometrically measured (proteinase)  assay.

The values obtained by the e.i.a. and those obtained by the proteinase assay correlated well for various plasma samples. These results indicate that orally administered TSP was absorbed from the intestinal tract and transferred into the circulation in an enzymically active form.

I take the tablets on a completely empty stomach (2 1/2 – 3 hours after a meal) with a small amount of water, then I wait 30-40 minutes before eating or drinking. This was a little inconvenient at first but it has had a big payoff! I learned from the research that if you do not take it on an empty stomach the enzyme will digest your food or beverage instead of getting directly into your blood stream to digest old, dead tissue. I started with 3 tablets daily – One taken three times a day.

For myself, I’ve been waiting an hour to eat or drink after I take it. That’s because I didn’t remember this correctly. But I’m going to continue waiting an hour because I think it’s working. I’ve been recording my experience with serrapeptase here, starting at 7/17/06, on my page about how I’ve been slimming. Well, it’s been over a year since I’ve been taking it, and I no longer have the horrifying back pain I used to have. I’ve done a few other things, as well, like adding amino acids. But overall, I would not stop buying this every month. (9/23/07)

This is the one I order, (it’s been very good and I continue to order it):

18. Tomoda, K. and Miyatam K. Some information on the composition of tracheal secretions before and after the administration of serrapeptase. Exper. Ther. 477:9-16, 1972.