The first time Epsom salts worked wonders for me was after I accidentally jammed a stick into my ankle. It just barely broke the skin. So, although the stick was near my chicken coop, I didn’t give the injury much thought.

After all, the break in my skin wasn’t deep and didn’t look serious. It just looked like a scratch. With no visible reason to worry, I completely forgot about it. Then, “all of a sudden” I could barely walk due to swelling and pain.

I began soaking my foot in an Epsom salts solution which I repeatedly freshened and warmed. After three days of soaking my foot for half an hour, six or more times a day, my foot looked a lot better. Shortly thereafter the infection and swelling disappeared.

The second time Epsom salts worked wonders was when I had a seemingly insignificant injury to my toe. To my surprise the small puncture wound ended up causing a red line and tetanus.

In an effort to deal with the muscle tightness stemming from the small injury, I read two Internet articles about Epsom salts.

The first, from a pain management center, said the following:

SUGGESTIONS: Use Epsom salt and almost hot water on a frequent basis. Epsom salts are “hyperosmolar” magnesium sulfate with an extraordinarily high potential for the movement of molecules. It saturates the extracellular space with magnesium. This secondarily works as a calcium channel blocker, and improves the function of the nerves in the skin and subcutaneous tissue helping the nerve to regrow. As a matter of fact, Epsom salt and hot water should be the daily routine for treatment of RSD and should totally replace the harmful damage of cold water exposure.

Dissolve 2 cups of 100% Natural Mineral Epsom Salt in two cups of hot water to make a compress, apply as a wet dressing with towel to:

* Soothe painful bruises and sprains
* Alleviate pain from sports and over exertion
* Take the sting out of insect bites
* Draw out splinters.

Using a compress was much easier than sitting and soaking my foot. I also used a compress on my thigh which was lumpy from muscle contractions and extremely painful. A towel easily held it in place and extended the heat. Compresses used over a series of days worked very well, providing significant improvement.

As an aside, tetanus was diagnosed on February 1, 2005. I think the above-average amount of vitamin B12 in my system, for people my age, saved me from dying of tetanus. Literally.

Recently I’m reading more about vitamin C. And, I’m beginning to think that the vitamin C I took in large quantities also played a significant role. I talk about this to some extent on my tetanus page about Gardening-Darning-Needles-And-Tetanus.

The most interesting article I found was by a man associated with a professional ball team. He described management purchasing a hyperbaric chamber for injured players who with its use uniformly improved in record time. Soon all the players were using it, even ones with no injury. Surprisingly the team began losing all home games ~ every single one. But they won every away game.

He went on to talk about how negative ions are essential and very healthy. He wrote that hyperbaric chambers concentrate positive ions with an exclusion of negative ions. While great for injuries, the result was less than health-enhancing for uninjured players.

So I read about negative ions, and it turns out that Epsom salts creates them, as does using a rock salt lamp.

Soaking in an Epsom salt bath for an hour a night made a huge difference in the swelling in my ankles and in how I felt.

I couldn’t see the swelling in my chest, so I guess that when I felt so much better, it was because the swelling was going away a result of the Epsom salt’s negative ions working in areas I couldn’t even see and that weren’t directly immersed in the bath.

It was at that time that my doctor said to have a B12 shot a week, rather than one a month; about 6 or 8 weeks later I found that a lot of hair that I’d lost some ten years earlier, after taking antidepressants, had grown back. My feeling is that the Epsom salts helped by removing residual traces of the antidepressants.

A recent paper by Rosemary Waring, School of Biosciences, University of Birmingham, recounts her work looking at the absorption of Epsom Salts from a bath. A 15 minute bath at 40 degrees C (104 degrees F) with a 1% solution of Epsom Salts caused significant rises in plasma magnesium and sulphate levels together with an increase in magnesium excretion in the urine. To achieve a 1% solution, a bath of 15 gallons requires 600grams, (just over a 1lb) of Epson Salts. The water feels slightly soapy. In her experiments there were no adverse effects, indeed 2 of the volunteers who were over 60 years of age commented without prompting that their rheumatic pains had disappeared. Report on Absorption of magnesium sulfate (Epsom salts) across the skin

Incidentally — in 2008 I noticed that when I soaked my feet in a warm Epsom salt solution for several days in a row I began to have the top surfaces of many of the “sebacious keritosis” brown spots on my torso come off, making them appear lighter in color.

Because magnesium, which is what Epsom salts is, is so important I made a page showing foods containing magnesium.

1/30/09 ~ The man I hire to give me rides, because I haven’t driven since I had the tetanus seizures, recently had a lot of pain that began with sciatica. The pain got worse as the months went by, despite major pain medications from the doctor, physical therapy, and finally shots for the control of pain. I was shocked at how different he began to look, whereas his hair had been a very dark brown, it was suddenly more and more white each time I saw him, and his face was drawn and had a greyish tinge. He said he wasn’t sleeping because of the pain.

Initially I thought that Methylcobalamin would be the answer and I got him to start taking 1,000 mcg twice a day. It made no difference to his pain level, however, and I saw that he has great moons on his fingernails. So, I told him he could stop taking it, but then a couple weeks later I realized his hair was no longer increasingly white, it was increasingly more brown. I told him what I noticed, and he said he hadn’t stopped using the Methylcobalamin. (I was glad he hadn’t stopped using it when I lost faith in it for him.)

One day after the man who helps me had taken me to buy a variety of necessities I was putting them away before he left and a bag of Epsom salt fell from its perch. I could see I’d have to entirely rearrange my shelves to make it fit more securely, so I gave it to him and told him that Epsom salts baths help a lot with pain.

Two weeks later when I saw him he looked a lot better. I asked him how he was feeling. He said that the pain was not as extensive as it had been. Before it had run from below his knee up to his hip and backside. I asked him if he was taking Epsom salt baths, and he said he was. That he took a couple a week since I’d given him the bag of Epsom salt.

Did the Epsom salts help? Or did the pain shots finally kick in after he’d had several of them?

All I know for sure is that Epsom salts are a powerful medical aid. They’ve helped me repeatedly.

If you’re experiencing pain, get Epsom salts. Try a couple of soaks a week to see if they help. It can’t hurt, on the other hand it could help a LOT.

A word of Warning 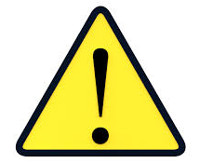 When I was researching Epsom salts I discovered that people die every year from giving themselves Epsom salt enemas. This warning is because some Google ads on this page talk about the colon. I’m concerned someone might jump to the conclusion that an Epsom salts enema is a good idea. NOT a good idea. Do not ever use Epsom salts in an enema, to do so is often fatal.

1/11/10 – Some months ago I had a lot of stress and with it I got cold sores that did not go away when I took vitamin C, as they had always done before. Within a few weeks sebacious keritosis (brown spots) were no longer hard and scaly on top, but were soft as if they were growing organisms. I didn’t like to think about that since evening news, some years ago, had a segment about people with lots of brown being more likely to get cancer

I began to soak my feet in Epsom salts for about 20 minutes a day. My thinking wasn’t very technical, I just wanted to remove whatever bad thing was causing the changes.

I also had a mug of green tea a day, for its cleansing effect. And last but not least, I made a conscious effort to take Milk Thistle every day. That’s because Milk Thistle has been shown to cut off blood supply to tumors by restricting their ability to grow new blood vessels.

It wasn’t long before two things happened: the brown spots went back to having dry, scaly tops, and my toes which had felt as if there were swollen pads beneath them that kept me from being able to flex my toes, began to feel and move more normally.

A Reflexology class taught me that the bottoms of our feet reflect the whole of the rest of our body. This explains how massaging the bottoms of feet helps a far distant part of the body. I expanded that to thinking that soaking feet in Epsom salts removes toxins affecting other parts of the body. 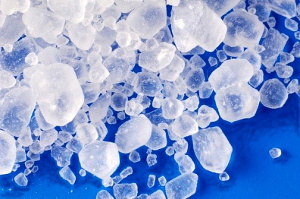