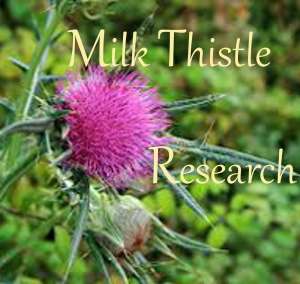 The medical word for liver protecting compounds is antihepatotoxic. That is, anti/against, hepato/liver toxic.

Silymarin consists of a large number of flavonolignans, including silybin, isosilybin, dehydrosilybin, silydianin and silychristin. Silymarin and these flavonoligans exert a liver protective effect against a variety of toxins, including the phallo toxins of the Amanita phalloides mushroom. (I think of flavonolignans as Football Hooligans who not only enthusiastically cheer, but militantly defend. It helps me remember the unfamiliar medical term.)

Amanita phalloides, commonly called Death Cap, is one of the world’s most poisonous mushrooms, containing toxins that are particularly destructive to the liver. Eating this mushroom can lead to severe liver damage and death if untreated.

In animal experiments, when silymarin was given before poisoning by the Amanita phalloides mushroom, it was found to be 100 percent effective in preventing liver damage.

Silymarin was also found to be completely effective if given to animals within ten minutes of exposure to the poison. When given within twenty-four hours it still prevented death and greatly reduced the amount of liver damage.

Silymarin also protects against liver damage from dangerous solvents such as carbon tetrachloride and ethanol (alcohol).

Silymarin has been used in treating hepatic disorders in humans. A German medical study found that liver function in patients with chronic hepatitis improved after three months of therapy with silymarin.

A later study reported on the use of 420 milligrams of silymarin daily in patients with cirrhosis of the liver. Of twenty people followed for six to thirty-six months, ten were definitely improved and four had deteriorated.

German Commission E, Germany’s equivalent of the FDA in the U.S.,  has recommended Milk Thistle use for liver conditions, including toxin-induced liver damage and hepatic cirrhosis, also as a supportive therapy for chronic inflammatory liver conditions.

Results of numerous studies suggest silymarin not only protects liver cells by preventing actions of toxic substances but also stimulates protein synthesis to accelerate production and regeneration of liver cells.

Fibrosis of the Liver

Effects of silymarin on the resolution of liver fibrosis – Published April, 2008, Journal of Viral  Hepatitis – Results showed restoration from liver fibrosis in the therapeutic group was significantly increased as compared to that in the model group.

Clinical applications of Silybum marianum in oncology. Published June, 2007, Integrative Cancer Therapies – Milk thistle is increasingly used in oncology research and treatment for cleansing and detoxification after chemotherapy and preventing hepatotoxicity during chemotherapy.

Milk thistle may also have applications in ameliorating long-term hepatic and cardiovascular effects of cancer treatment.

Advances in the use of milk thistle (Silybum marianum). Published June, 2007, Integrative Cancer Therapies – Silymarin, a mixture of flavanoid complexes, is the active component that protects liver and kidney cells from toxic effects of drugs, including chemotherapy. Although milk thistle has not significantly altered the course of chronic liver disease, it has reduced liver enzyme levels and demonstrated anti-inflammatory and T cell-modulating effects. 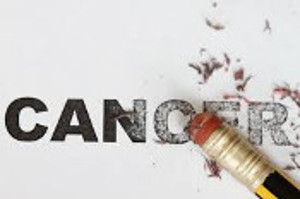 Note – After a friend’s brother was diagnosed with stage 4 prostate cancer, a year after his test for prostate cancer came back clean, another friend said their doctor told them that  tests taken after a prostate exam often show no cancer.

RESULTS: The women receiving Phyto-Female Complex reported a significantly superior mean reduction in menopausal symptoms than the placebo group. The effect of treatment improvements in menopausal symptoms increased over time; by 3 months there was a 73% decrease in hot flushes and a 69% reduction of night sweats, accompanied by a decrease in their intensity and a significant benefit in terms of sleep quality. Hot flushes ceased completely in 47% of women in the study group compared with only 19% in the placebo group.

BACKGROUND: severe burn is one of the most common problems faced in the emergency room. Major thermal injury induces the activation of an inflammatory cascade resulting in local tissue damage, to contribute to the development of subsequent damage of multiple organs distant from the original burn wound.

CONCLUSION: Results indicate that both systemic and local administration of silymarin was effective against burn-induced oxidative damage and morphological alterations in rat skin. Therefore, silymarin merits consideration as a therapeutic agent in the treatment of burns.