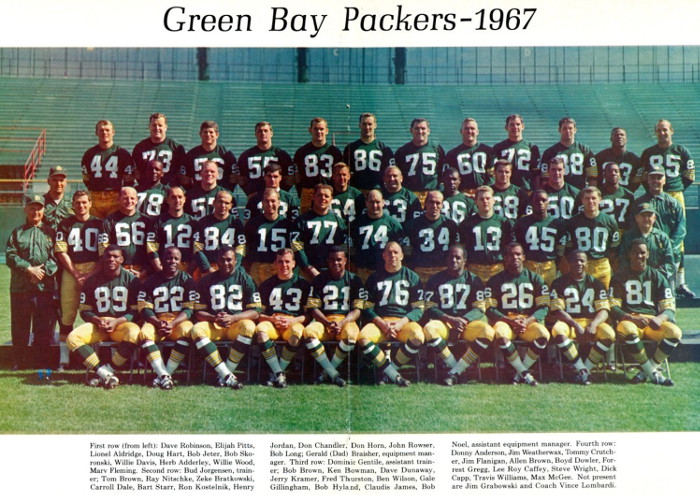 My first job out of university was with AT&T management in the Green Bay traffic department, where operators put through calls and looked up information.

The Packers, under Vince Lombardi, had already won two Super Bowls. Bart Starr, the quarterback, was a constant topic of conversation. You could not walk a city block in downtown Green Bay without hearing people talking about Bart Starr by name. 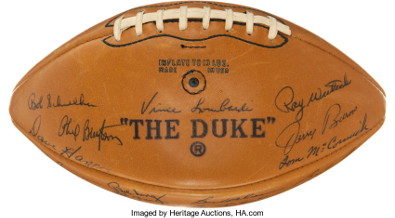 Tickets to games were one of the perks of my job. Plus, my friend’s brother was friends with Vince Lombardi’s daughter, so some tickets came from her.

I loved to go to The Tropics after games, where many players danced and celebrated their wins. The Packers mostly won. At the time my friend Marcia was great at dancing. I, on the other hand, could not get the knack of it. 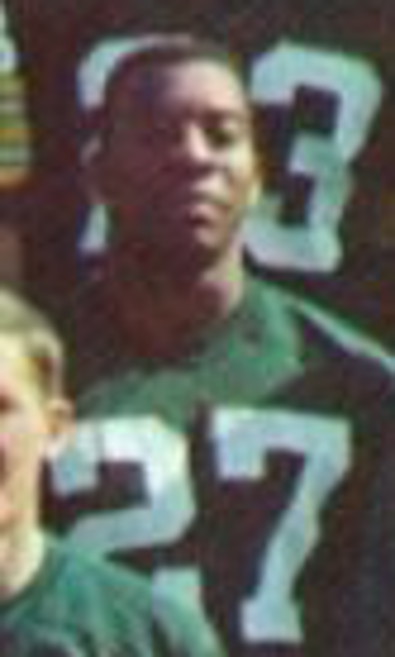 One night a fellow with gold outlining his front tooth, or teeth, I forget now, seemed like a good person to talk to when we sort of bumped into each other near the dance floor. I said, “That was a great play you made!” It seemed likely he’d made a play, and most likely, since we won, it had been great. He looked at me as if I was coming into focus. I forget exactly how he described jumping up, grabbing the ball and running for a touchdown, but that’s what he’d done. He was a half back, and wide receiver and he really had made a great play.

Somehow, we became friends. I’m not sure how Claudis James and I talked, since it tended to be loud in The Tropics. But we did. Of the things we talked about, what stuck with me was the impact playing football in college had on his life. In one game he’d injured his knee or his leg, but he played through the pain, helping his team win. After the game he was taken to the hospital.

When Claudis told me the story, it was prior to the injury terminating his career, which it did. If he hadn’t played through the pain, his leg could have healed in such a way that it would have supported years in the NFL. I remember Elijah Pitts saying Claudis could have been one of the greats, but for the injury.

There are two things I think of when I look at Claudis’s signature. First, the tall upward strokes of the “C” and “d” show an altruistic nature. I once studied up on what writing reveals because I wanted to know which people looking for houses, this is when I was a Realtor, were being honest with me. Some people simply wanted a tour of Santa Fe and some people liked making offers as a sort of low balling game. So in an effort to know what was going on, I learned a bit about graphology: tall stokes in handwriting tend to show someone who thinks about the higher meaning of things. 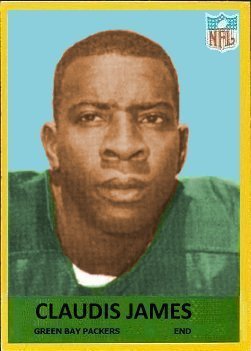 Claudis and I didn’t go out on dates. Vince Lombardi had a rule that if a black player were reported being seen with a white woman, he was off the team. I think Claudis said he was going to make something like $30,000 for the Super Bowl, so clearly being cut from the team was not something he would want.

Maybe the first time he came over was when he was going to teach me to dance. I remember him saying, “Can’t you hear the rhythm?”

Once when he came over I remember him saying he was black and blue from practice. He must have asked me if I wanted to go into the bedroom, at some point, because I remember telling him I wasn’t going to have sex till I was married. He asked me how I was going to know if my husband and I would be compatible that way. So, we talked.

Once after a game they won he called and asked me if I’d like to come over and celebrate with him and some others at their apartment. He said they had lots of Cold Duck. I’d never heard of it, so I wondered if it was a clever way of saying a bad word. I said thank you, but no.

I made Christmas dinner for him, for lunch, prior to catching the Greyhound to go home to Stevens Point for the holiday. Claudis mashed the potatoes for us. After lunch he took me to the Greyhound station. There was a lot of snow and it was snowing hard. Rather than wait with me he went to watch a game. His cousin was playing with the Steelers that day, as I remember it.

When my bus didn’t come, due to blizzard conditions, I called Claudis. He said he’d drive me home so I could be with my family for Christmas. Since he was from Mississippi, where I would guess there wasn’t snow, that seemed really a courageous offer.

I called my mother to say I’d be late, but that Claudis was giving me a ride. “What kind of name is that?” she asked. “He’s a Green Bay Packer,” I replied, unsure of what else to say. “Is he black?” “Yes.” “What will people think. You can’t come with him.” “You mean you don’t want me home for Christmas if my only ride is with a black man?”

That changed my life. All the things I’d been taught as a Catholic, lost any force of truth I’d given them. I decided I would not go on living by things that I’d learned that apparently were based on prejudice, or if not based on prejudice, were deeply flawed by it.

How was I ever going to tell Claudis. I remember playing him a song on my guitar, but I don’t remember telling him. 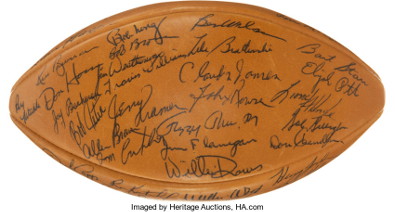 Now that I read, via Google, that Claudis James died on February 25, 2013, I wish I’d written him to tell him how glad I am to have known him, how very much he changed my life, and how happy I am about that ~ For years in London I sent out a short story a week, this is when I had the IBM Selectric typewriter from The Sunday Times to use to type Charles Raw’s book, Slater Walker. I used the pen name Felicity James, because of Claudis. If I’d ever gotten anything published I think I would have written him. But, being published (beyond my website) remains in the future.

I wish I’d taken his experience with his injury to heart so that I would not have worn myself out sweeping water out the door after a pipe broke a few years ago. It was exhausting, when I already wasn’t well. After that I was no longer able to walk without a walker, and I’ve not fully recovered, though it’s been years. On the other hand, perhaps I had no choice, unless I was willing to accept everything that touched any floor in my home being sodden. The upside, was that it brought Claudis to mind.

1 thought on “Downside of Toughing it”