Limber Up Your Body, to Think More Clearly?

My Polish grandfather, Ambrose, had a wealth of medical wisdom. Up until very recently, however, I discounted most of it as quaint. I thought he lived to just shy of 100 because he ate fresh vegetables from his garden, untainted by pesticides and chemical fertilizer.

I still think that things we grow for ourselves are especially healthful, but there’s something he said so many decades ago that is beginning to come to flower in my mind.

What grandpa believed, was not just that the vegetables he grew were good for him and his family (and neighbors, given the abundance of some of the crops), but that growing them, in itself, was a healthy thing to do.

He used to say, “Working in the garden is good for Grandpa,” and I would smile, thinking that what he meant was simply that seeing ladybugs, butterflies and flowers, not to mention harvests both anticipated and actual, made him happy.

And that may be all there was to it, but in December, 2004, when Elissa Epel’s research was published showing a link between prolonged psychological stress and damage at cell level in your body which contributes to aging and disease, I thought again about Grandpa, his full head of white hair, and how people always said he looked young for his age.

Recently I’ve begun to remember that he also said, “You’ve got to stretch. If you don’t stretch, you won’t keep your health.”

He never used the word, “yoga” so I believe that he meant the normal extension of muscles in simple tasks like raking and reaching for things. Plus, he used to say, “Stretch out when you go to bed at night, before you go to sleep.”

Grandpa talked about how the nerves in his spinal column needed stretching or his mind would seize up, but all I thought was, “What a lovely man my Grandpa is.”

Today, Grandpa’s point no longer goes right over my head, because today I’m stiff, and not just physically. I am well aware that as my memory declined, I did less and less ~ and fewer and fewer different things.

What I was unaware of, was that unlike Grandpa, I had a tendency to low vitamin B12, which is why my memory at age 50 was vastly inferior to Grandpa’s at 80.

If I had been put on B12 replacement therapy a dozen years ago, when I was fifty, then I might never have discovered, nor needed to, that what grandpa said about stretching to keep the mind flexible was ultimately true.

That I finally discovered it at all was a matter of luck, reinforced by the shared knowledge of a mental health professional.

The luck, was that I saw a program on how exercises that use balance can reduce the symptoms of dyslexia. So, having bad balance as a result of extended low B12, I decided to trying stepping up and down from my deck several times, which wasn’t much, I knew.

But day by day as I did more of the step ups, my balance got better, and while I wasn’t suddenly bendy, I was getting more limber and agile.

To the step ups, I added an arms-outstretched, stand-in-place movement, twisting my upper body first left, then right, without bending at all. (I was in such bad shape I gasped to finish the first ten.)

A week later I added Edgar Cayce’s windmills, where you rotate you outstretched arms in big circles, first one direction, then the other. And boy, was that hard. I had no idea my arms were so heavy!

What’s the upshot? Well, I had lunch with Jill, a friend of mine who’s a therapist, and I jokingly told her about my stretching routine, and how it seemed to me that maybe Grandpa was right, that my mind was moving from one thing to another more freely.

She said, “Oh yes, that is exactly right, there have been several good studies which have shown that physical activity enhances flexibility of the mind, and ultimately increases memory.”

“But, as little as I’ve been doing?” I asked, ever the disbeliever.

“It doesn’t take much. A few minutes a day can produce significant improvement,” Jill assured me.

So, there you have it. Grandpa Ambrose knew a thing or two about keeping body and mind flexible, agile and healthy.

Health Warnings on Your Fingernails?

I remember looking at my fingernails one night several years ago and wondering, “When did my nails stop being smooth?”

Because I had been worried about ongoing problems, I hadn’t been paying attention to myself and as stress mounted, manicures were the last thing on my mind.

Perhaps because it seemed appropriate that hurdle-high ridges had appeared on my fingernails, matching the mounting hurdles in my life, I wondered if the ridges could be related to health.

It would take nearly two years for me to learn that the ridges were a result of low vitamin B12; not a “B12 deficiency” exactly, because at 241, my serum blood level was in the low normal range and nothing to worry about, according to my doctor.

But after my feet and hands were frequently tingling and numb, my memory was a thing of the past, my balance was dependent on light, and I was depressed – which seemed reasonable under the circumstances ~ I went to a new doctor and in the course of answering his questions, I mentioned that my mother had pernicious anemia.

That was it, he said, adding that I would need B12 shots for the rest of my life and he’d have his nurse show me how to inject myself.

The neurologist I saw, to follow up, said he believed my problems all resulted from low B12, but he wanted to be sure, ‘I want you to keep a Time Line,” he said, “Write down your symptoms, each shot you have, and your B12 test levels.” My Time Line.

So it was, that in keeping the Time Line I observed not only my memory improving, my tingling, numbness and depression going away, but also the ridges on my fingernails smoothing out.

Today, research shows that pernicious anemia with its characteristic lack of intrinsic factor is rare, while B12 malabsorption illness is on the increase because of the abundant use of antacids. In fact, there are estimates that 47% of the general American population has hypochlorhydria, the condition where there is not enough gastric acid to free vitamin B12 from protein. Read more.

It is not because low B12 from all causes is so prevalent, that I have taken up vitamin B12 education as my mission, but rather because the nerve damage that results from extended, untreated low B12 can be permanent.

Nerve damage can be the type of peripheral neuropathy associated with diabetes; it can be impaired memory and cognitive dysfunction.

I have lost about half of my working memory and processing speed from the years my low B12 went untreated. So, my web site is not the most brilliant thing ever, but it does give clear information on vitamin B12 and how to recognize warning signs of low B12 from your fingernails. Learn more. 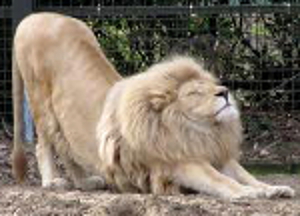 Article Name
Limber body and mind
Description
My Polish grandfather, Ambrose, had a wealth of medical wisdom. He used to say, "You've got to stretch. If you don't stretch, you won't keep your health."
Author
Karen Kline
Publisher Name
Health Boundaries
Publisher Logo