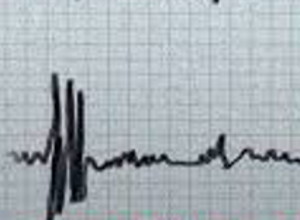 When stress strikes, I used to think, “I should be able to withstand stress without becoming its victim.” But, the more I held myself responsible for being hurt when stress strikes, the worse I felt. I’ve stood up to a lot of people in my life. And, I’ve never felt anywhere near as bad as stress makes me feel.

For instance, years ago when I let a lot of different people crash at my house, a fellow who had reputedly killed people, took my Tarot deck and Colombian poncho. My hand loomed poncho. When you looked closely at the fabric, it was quite beautiful. Suede had been added where the poncho had become worn. 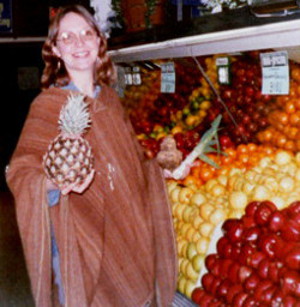 When I was told who had taken my things, I said, “I’m going to get my poncho.” And, I went directly to Claude’s Bar on Canyon Road where I was told the “culprit” had gone.

Yes, he said, he’d give me back my poncho, and the Tarot deck he’d taken. I said he could keep the Tarot deck ~ It had just given me three death cards in a row, following which my grandmother had written that her brother had died. With that, I had decided I didn’t want to know the future.

In contrast to Killer-Guy taking my poncho, when Wells Fargo renews its foreclosure efforts I’m hit with waves of stress. And, extreme anxiety affects my sleep and destroys my sense of well being. I’ve often thought what a weak human being I am, and how exceptionally poor my ability to withstand stress is.

What plants do when stress strikes

Then my friend, The Great Cheyenne, tweeted some videos to me. To my surprise, seeing videos of what plants do when stress strikes made me understand that my reaction is not a failing peculiar to me because I’m weak. The videos show that what I feel when I am threatened is what living things feel.

Being able to feel my reaction to stress as part of being alive, made me feel less guilty for falling victim to the stress attached to Wells Fargo’s foreclosure moves.

The videos help me, a lot, I don’t know if they will help you. Take a look.

My thought is that the stress I feel is… “a feeling”, and imagining that I should not feel it is naive. After all, even plants instantly feel things and have reactions to those feelings.

Of course Myth Busters had to take this on…

What did Myth Busters decide? “It boggles the mind!”

In a Russian video, Panic in the Cabbages ~ The Secret Life of Plants, a cabbage plant reacts dramatically to another cabbage plant being torn apart, and later, it recognizes the woman who tore the cabbage plant apart.