In 2003 a friend suggested I use oxygen therapy to offset health issues from living in low level hydrogen sulfide. In researching hyperbaric chambers I ran across an article which written by a professional team’s doctor. Today, 3/29/2015, I can’t find the article on the internet. What I can find is an article by Guy Cramer, most of which is reprinted below:

“This past season the Vancouver Canucks were using a hyperbaric chamber as part of their training program. At the beginning of the season this chamber was used primarily for speeding up recovery time of injured players. Very soon the Canucks began to use it on uninjured players, hoping to improve endurance, reaction time and balance. Initially this seemed to be the case as the Canucks won 7 of 8 games since the beginning of the season.”

How does a Hyperbaric System Work?

A hyperbaric pressure chamber is a device that saturates the body with a significant amount of oxygen: Hyperbaric oxygenation. The chamber is sealed from outside atmosphere and pressure is increased on the inside of the chamber. The occupant of the chamber is supplied with 100% pure oxygen. If the player has an injury, the oxygen together with the increase in pressure pushes the oxygen deeper into the injured area. Recovery time can be cut in half for the injured player.

Why would problems arise from Hyperbaric Use? 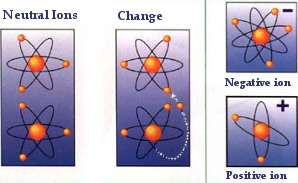 A hyperbaric chamber is cut off from the outside atmosphere. A natural ion count of 5000 ions per cubic centimeter can be measured in nature. This count can fluctuate but no matter where in nature we go, there are ions.

In a hyperbaric tank the ion count is zero. There is no way to produce ionization in the chamber since the corona discharge from an ionizer would cause the oxygen to ignite. Because every human being must have ions to survive, a hyperbaric chamber can be dangerous.

The Russian ion scientist Tchijewsky tried raising mice, rats, guinea pigs, and rabbits in totally de ionized air. Within two weeks most of them died. Tchijewsky concluded that an organism receiving the cleanest type of air for breathing is condemned to serious illness if the air does not contain at least a small quantity of air ions.

Tchijewsky’s colleague D.A. Lapitsky tried raising small animals in air depleted of oxygen. As they were about to die of suffocation he added neg-ions and found that “animals already near death from asphyxiation began to feel better, sat up sniffed the air, and began to run around the chamber. Their respiration frequency increased. Switching off the ionizer again brought them to the verge of asphyxiation.” Lapitsky decided the traditional belief that oxygen alone was the sole prerequisite for the creation and sustenance of life had “demonstrated to be false.” Or as Tchijewsky had said, “Death of animals in [de ionized] air must be attributed to the absence of aero ions of oxygen essential to the life activity of an organism.” More simply put, without ions we couldn’t absorb oxygen in the quantities needed to live. And the fewer ions there are, the lower the efficiency of our minds and bodies.

In late November side effects from lack of ionization in Canuck players who were using the hyperbaric chamber for injuries became apparent. Two of these players were Gino Odjick and Pavel Bure. Both had come down with flu symptoms and repiratory problems. The Canucks doctors were unable to find the cause of the respiratory problems.

The fans of Vancouver began to call the Canucks “TEAM SCHIZOPHRENIC”. The Canucks were playing poor at home and great on the road. One of the Canuck players confirmed that most of the team were using the hyperbaric tank to increase their performance.

Why did the Canucks do so well in the playoffs? First, the playoffs took them away from the hyperbaric chamber for extended periods. Second, the brain under environmental stress from increased positive ions or lack of ions produces hormones and chemicals to deal with this stress. The two main hormones released are melotonin and serotonin. Serotonin is increased and fed into the blood stream. The increased serotonin triggers the release of adrenaline which allows the body to work through the stress. Adrenaline is not as quickly renewed as are other chemicals in your body. If a body produces to much serotonin for long duration’s, the adrenaline gets used up and the chemical system in the body is unbalanced. This is what was happening with these players. A list of side effects from increasing the serotonin levels in your body for a long period of time include the following:

In addition, many other side effects affecting virtually every body system have been reported. They are too numerous to mention.

Similar Side Effects from Prozac

The same side effects are known to result from taking the antidepressant Prozac: Fluoxetine Hydrochloride. By increasing serotonin levels in the body Prozac triggers the adrenal glad to release cortisone, just as if it were responding to increased stress levels. This added adrenaline gives the personality a boost. Long term studies on Prozac and other antidepressants that work on increasing serotonin are finding most patients on these drugs are worse off after treatment than before treatment. The Food and Drug Administration (F.D.A.) has never in their history had as many problems with a drug as they have had with these forms of antidepressants.

Note: Years ago, Natural News reported that Eli Lilly, maker of Prozac, had full knowledge of a 1200% increase in suicide risk for takers of their Prozac drug, the first antidepressant SSRI medication. Read more.

Side effects from positive ion winds (such as Chinook wind in Calgary and Santa Ana in southern California) compiled by a Swiss meteorological report in 1974 are as follows:

In some middle east countries, Judges are more lenient on criminals if the crime was committed during increased positive ion wind conditions. Read more.

In over 90 years since ions were discovered, no side effects have ever been found from negative ions.

It is interesting to note that high carbohydrate meals or high protein meals also increase serotonin in the body. The Pittsburgh Penguins training staff have been using protein drinks and carbohydrate drinks known by their brand names of Plex and Blast for a number of years now. How much has this affected Mario Lemieux’s health? Could it have caused his recent health problems? During the recent lock-out Mario Lemieux has said he is feeling better than he has in years. His serotonin levels have returned to normal without these carbohydrate and protein supplements.

The Toronto Blue Jays also use Plex and Blast. Before the Baseball strike Toronto a two time world series champion in 1992 and 1993 was trailing most of the league in 1994. A person reliant on serotonin will at first experience a high for a few years followed by a low that is virtually impossible to get out of. Adrenaline does not renew itself in days, it takes months or even years.

Canucks and the Hyperbaric Chamber

The hyperbaric chamber of the Vancouver Canucks is even more damaging than Plex and Blast. There are no ions in the chamber nor are any being breathed in with the oxygen mask. What proof do we have that the team was affected by this Hyperbaric chamber other than a few symptoms reported by a few players. Let the 1993 – 1994 stats speak for themselves:

How many teams have ever finished with the number one power play on the road, and one of the worst at home?

Again we see Vancouver as one of the best penalty killing teams on the road and one of the worst at home.

The Vancouver Canucks can not be blamed for problems associated with the hyperbaric chamber. These chambers have been used for decades with scuba divers and deep sea divers around the world. It never occurred to us that there were problems with ionization inside these chambers until we heard the Vancouver Canucks were using this system, and we did further research. To theorize there could be a problem is quite different from the reality of most problems. Yet in this case the theory proved correct.

The information obtained from the players, their side effects and overall statistics verify the hypothesis’s of a very important group of scientists around the world. Questions that went unanswered for over four decades have been answered. Does zero ionization have an effect on people? Is this effect immediate? These questions may not seem important but they deal with the prerequisite of all life as we know it. All life including man or should I say especially man, must have ionization to survive and function properly.

If a team uses the chamber only for injuries, few problems may arise.

Problems Associated with Use of the Hyperbaric Chamber in Sports, 1996

Founded by Mr. Cramer and his grandfather in 1999, HyperStealth Biotechnology began life as a research firm focused on developing a passive negative ion generator for use in hyperbaric chambers, an idea that met with limited success. A former Canadian paintball champion, Mr. Cramer unwittingly launched his career as a camouflage designer in 2002, shortly after the Canadian Forces unveiled an updated, standard-issue pattern that took three years and millions of dollar to develop. From B.C. camouflage maker: The invisible man.

Here’s a Guy Cramer quote I like, a lot,

GUY CRAMER: I played paintball, and those paintballs hurt when they hit. Everyone was using the older U.S. Army camouflage. I could tell right away, those guys were standing out. I started to research camouflage and found that the British DPM (Disruptive Pattern Material) was more effective than the camouflage used by the U.S. Army, so I started to wear DPM. All the other guys were getting spotted before me. It got me thinking, “Why is this working, and can it be done better?” I started to understand there was more to it than just the design it was also about tactics. I was critical of the CADPAT camouflage, because it cost millions and took years to develop. I looked at it and thought, “It looks like a kid with graph paper did this.” I improved on what they had done in a couple of hours with a $100 graphics program and posted it on the web. I called it GUYPAT. A few months later the King of Jordan saw this page and basically asked if I could do this for him.