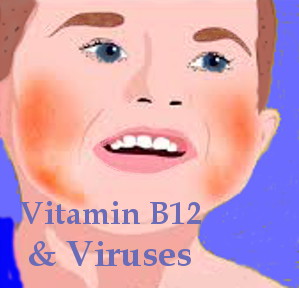 Frequently a person with a virus, be it HIV, Hepatitis C, Corona, Human Papillomavirus, etc. who has low vitamin B12 levels, will also have nerve problems. The intertwined reasons for this are that higher vitamin B12 levels protect against viruses, reduce the severity of the virus infection, and are therapeutic for nerves.

If you search the internet you will find people talking on forums about Parvo B19 as Parvo B12. I would guess these people have heard more about vitamin B12 than about the similar sounding Parvovirus B19 with the result they combine that with which they are familiar, with that about which they are concerned and worried.

Symptoms of Parvo B19 are:

Symptoms appear 4 to 14 days from contact with infection. Prevention includes washing hands and covering your mouth and nose when you sneeze or cough. Generally Parvo 19 goes away on its own within days to a week or a little more.

Viruses and Vitamin B12

There is a genuine connection between Viruses and B12. Awareness of the connection is advantageous. (Hint: B12 has a protective effect.) 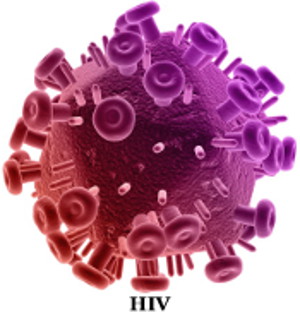 HIV and Vitamin B12

Another study with HIV patients discovered that those with lower B12 levels did more poorly in cognitive related tasks than those with higher levels. However, the cutoff point between higher and lower was 180. Plasma vitamin B12 level as a potential cofactor in studies of human immunodeficiency virus type 1-related cognitive changes. Read more.

180 is a very low B12 level to begin with. In other countries, a level of 500-550 is considered normal because any lower than that and cognitive impairment can be observed.

What is a Healthy B12 Level?

Hepatitis C and Vitamin B12 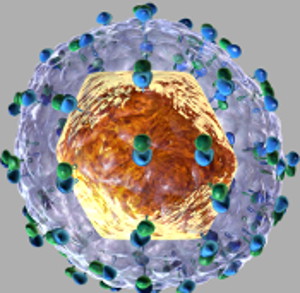 Hepatitis C appears to result from an failed immune response to virus infected cells. About 30% of people with Hepatitis C develop serious liver disease and need a liver transplant. Thus, it is important to know that vitamin B12 is stored in high concentrations in the human liver and that it can inhibit Hepatitis C infection.

Although the in vitro study found that vitamin B12 acted as an inhibitor to Hepatitis C “translation” which in turn affected viral replication and infection, vitamin B12 did not inhibit translation, etc., of Swine Flu Virus.

In some experiments we have observed a complete inhibition of HCV IRES -dependent translation, but we reproducibly observed a maximum inhibition of ‘60%. HCV IRES is short for Hepatitis C Virus Internal Ribosome Entry Site.

On the other hand, the study found that Hepatitis C carriers with unusually low vitamin B12 levels had low Hepatitis C Virus replication levels. The researchers theorized that the Hepatitis C virus evolved to use higher B12 concentrations.

Nevertheless, the researchers noted that at high cobalamin concentrations there was reduced viral translation that appeared to result in concentrations of viral proteins that are inadequate for replication and packaging. Read more. 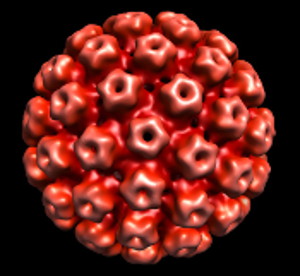 Human Papillomavirus (HPV) and Vitamin B12

In a study involving 201 women with persistent or intermittent HPV it was discovered that women with higher levels of circulating vitamin B12 were less likely to have persistent HPV.

In fact, women with the highest circulating levels of vitamin B12, that is, greater than a level of 493.2, were significantly less likely to have persistent HPV infection.

The researchers wrote, “these data suggest a role for circulating vitamin B12 in early cervical carcinogenesis” which would mean that higher B12 levels correspond to lower rates of the initiation of cervical cancer formation. Read more.

Shingles is a virus.

A few years ago I had the misfortune to experience shingles. Remembering that, my first thought is, “Yikes, the Pain!” However, as a learning experience it was great. Vitamin B12 greatly reduced the severity.