The neutralizing effect of antacids

My father, who once proudly presented me with a twenty pound pack of the wonder flavoring he found at a Chinese restaurant ~ MSG ~ used to travel with what looked like a tumbled city block of antacid boxes. We are talking a heavy duty supply.

At the same time, my father was complaining about how his pots and pans were “sticking.” So, I purchased a really nice non-stick omlete pan for him, which he promptly fried to a frazzle, asking me to get him a new one under the life time guarantee.

Since I did not have the nerve to attempt a return of the once lovely pan, I asked my father if he had that trouble often, pots and pans burning up… not just sticking.

He said yes, it was getting so that he could barely remember anything. He said he’d put something on the stove, then totally forget it.

Although I was sure that the culprit was his antacids, I felt equally sure that if I told him, he wouldn’t hear me. He was pretty devoted to his antacids, not to say that I came in a distant second.

How was I ever going to alert him to hypochlorhydria, the condition where insufficient gastric acid leads to the lowering of vitamin B12 reserves in the body?

I had wondered for only a few days, when I decided to write to him about hydrochloric acid, about how it’s essential to free vitamin B12 from protein. I explained that while he loves liver and prides himself on eating liver and onions three or four times a week, that if he’s following that healthy dinner with a few antacids, one for the antacid affect, one for the added calcium, that he’s counteracting all the potential benefits of the liver.

I mailed the letter, and waited.

Just when I was pretty sure that he had taken offense, I heard from him. He said he had read my letter, thought about it, and decided to try some HCL Betaine tablets that he found at the health food store.

Delighted, I wrote back with high praise, and asked him to tell me if his memory improved.

He said he would. About a month later he wrote that he was sleeping better, and he said that more sleep seemed to improve his memory.

There’s no way my father would ever have admitted that it was antacids vs. memory.

Some months later I started my website, health-boundaries-bite with a page on fingernails and how they can show low vitamin B12 levels. My intention was to distribute information about B12 further than to my family. That site has been recreated in WordPress so that it will show up properly on smart phones, tablets, etc.  Visit page.

Incidentally, by the time I was telling my dad about hypochlorhydria and vitamin B12, I already had some permanent nerve damage from prolonged vitamin B12 deficiency.

I really wished, I mean intensely wished, that I had known before it was too late, about how our fingernails reflect our B12 health, so, I decided to pass the information on. I hope you do the same.

9/15/2016 ~ It turns out that the doctors who told me my nerve damage was permanent, were not aware of how effective vitamin B12 replacement is.

3/3/2018 ~ Some years ago a young pharmacist found that 76% of patients taking Proton Pump Inhibitor (PPI) antacid drugs sold under brand names such as Nexium, Prevacid and Prilosec were becoming infected with C.difficile.

I know about C.difficile only because I watched One Mississippi, an Amazon series in which the stand up comedian Tig Notaro used her real-life story about being diagnosed with pneumonia and clostridium difficile, a potentially fatal infection that ate away at her intestines.

There is a shocking honesty to One MIssissippi. I highly recommend it.

Clostridium difficile-associated diarrhea (CDAD) is a major cause of morbidity and increasing health-care costs among hospitalized patients.There is sufficient evidence to suggest that PPIs increase the incidence of CDAD. Our meta-analysis shows a 65% increase in the incidence of CDAD among PPI users.

The American Journal of Gastroenterology, 2012

Around the time the above research was published the FDA issued an alert about PPIs, but today that warning is a 404, Not Found, page. 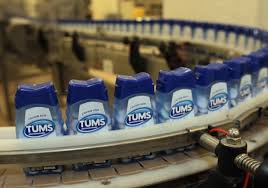