Homocysteine, discovered in 1932, is an amino acid, but not the good, building block kind.

Homocysteine is produced in the normal biosynthesis of the amino acids methionine, abundant in animal protein, and cysteine. Put simply, homocysteine is produced when you digest chicken, pork, beef or lamb, nuts, cheese, fish, soybeans, eggs — basically, the high protein foods, whether animal or plant based.

A diet low in methionine-protein foods can damage your liver and make your hair prematurely grey. But, a diet of more than enough homocysteine is dangerous because homocysteine is associated with illness, from heart and kidney disease to Alzheimers, breast cancer and birth defects. 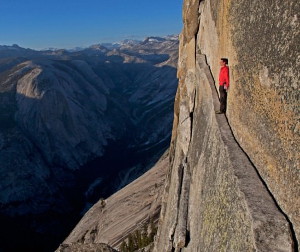 It sounds as if you must walk a dangerously narrow path between too much and too little high protein food, but, there’s “safety gear” according to studies. In fact, you might call three of the B vitamins, B6, B12, and folate your highly recommended “Buddy System”.

Vitamin B12 lozenges ~ B12 (Methylcobalamin) lozenges work, no doubt. For instance years ago when I first published a page on homocysteine a woman called me to say she’d read my page after she had a mini stroke and that she’d begun using vitamin B12 lozenges. Her next homocysteine test showed a significant drop. She was so happy, and thanked me profusely.

B12 and Bacteria ~ Altering food choices in concert with lozenges works very well.

For example, I wondered if I could increase the B12 in yogurt by adding B12 making bacteria to the culture.

Through research I found B12 making bacteria, propionibacterium freudenreichii, are responsible for the holes in Swiss Cheese. So, I ordered Swiss Cheese and added it to my yogurt cultures, which made them super fizzy and messy.

I decided to cut to the chase and eat the Swiss Cheese, neat.

To my surprise eating Swiss Cheese brought back the moons on my fingernails, whereas years of B12 supplements had not brought them back as strongly or consistently.

The amount of B12 in Swiss Cheese is tiny in comparison to the 5 mg in a B12 lozenge. Nevertheless, I had extraordinarily good results from eating Swiss Cheese. That led me to conclude that my results were related to the B12 making bacteria being reintroduced to my gastrointestinal system and living on there.

Not only did my moons return larger and clearer than in the past, I have some memory of things I’ve just done. I can remember having made coffee, having fed the goldfish, etc.

Previously the immediate past disappeared from my memory. I’m not saying that my memory is once again perfect, what I’m saying is that I love being able to remember locking the door so I don’t have to keep going to check.

Dietary strategies for lowering homocysteine, a study by Riddell, Chisholm and Williams, found that in the course of 12 weeks 437 mcg of folic acid (daily) lowered homocysteine 21%, fortified breakfast cereals lowered it 24% and a 418 mcg increase in folate rich veggies lowered homocysteine levels only 9%. The researchers wrote, “from a practical point of view it is difficult to increase the consumption of folate-rich foods in free-living individuals to an extent that will result in higher dietary intakes.”

I was skeptical that folic acid supplements lower homocysteine more effectively than increasing the amount of folate rich veggies you eat, until I did a chart of the folate content of veggies.

While there’s a lot of folate in asparagus with 268 mcg, broccoli with 302 mcg, avocados with 122 mcg, turnip greens with 170 mcg, mustard greens with 105 mcg, and peas with 101 mcg, there isn’t very much in other veggies, and if you eat them raw rather than shrunken by cooking so that more fit in a cup, there’s not nearly as much as I expected.

Folate is a naturally occurring, readily bioavailable B vitamin found in green veg.

In contrast to folate, folic acid is the synthetic form of the vitamin found in commercial supplements, as well as the natural form found in dried legumes, which are a rich source. The thing is, digesting the protein in legumes produces homocysteine, so I’m not sure their folic acid is enough to get ahead of the problem.

Vitamin B6 ~ Vitamin B6 is found in sunflower seeds, pistachios, prunes, avocados, bananas and spinach, not to mention meat and fish.

I know very little about vitamin B6 from personal experience. For me, it has been vitamin B12 that has significantly improved my health. So, to read about how B6 fits in to lowering homocysteine, this article from Interactive Concepts in Biochemistry is quite good.

Although older, this research remains relevant.

It is increasingly evident that an elevated blood level of homocysteine is a potent risk factor for cardiovascular disease and may be associated with kidney disease, psoriasis, breast cancer, acute lymphoblastic leukemia and neural-tube defects in babies whose mother’s homocysteine level was high prior to and during pregnancy.

Researchers at the University of British Columbia summarized: Homocysteine is formed in human tissues during the metabolism of methionine, a sulfur-containing essential amino acid. A normal, desirable level is 10 micromol/L or less. A level of 12 micromol/L is considered borderline and levels of 15 micromonl/L or above indicate increased risk for cardiovascular disease. Age, smoking, vitamin deficiencies, and genetic abnormalities are linked to increased homocysteine levels. Medications that interact with folate such as methotrexate, carbamazepine, phenytoin, and colestipol/niacin combinations have also been linked to increased homocysteine levels.

The researchers pointed out that elevated homocysteine levels can be safely and effectively lowered with as little as 400 mcg per day of folic acid.

Medical doctors at the University of Wisconsin echo the findings of the Canadian researchers in a separate report and describe a case of a 57-year-old man who lowered his homocysteine level from 29 micromol/L to 2 micromol/L by supplementing with 800 micrograms/day of folic acid for two months.

Researchers at the University of Bonn report that folic acid’s homocysteine lowering capacity is markedly increased by vitamin B-12 (cobalamin).

It was also noted that vitamin B-12 levels increased significantly over the four-week period in the women whose supplements included vitamin B-12. This provides further proof that oral vitamin B-12 is indeed adequately absorbed.

After being told on a forum that B12 is dangerous and should not be taken except under careful doctor supervision because in Norway doctors consider B12 a threat, I looked into the NORVIT study, which was the basis of the warning.

“Lowering plasma homocysteine levels by as much as 28% does not result in any reduction in the risk of myocardial infarction (MI) or stroke in patients who have already had an MI, according to the results of the Norwegian Vitamin Trial (NORVIT). The study also suggests that administration of combination B vitamins with the aim of reducing plasma homocysteine may actually increase the risk of cardiovascular disease and that folic acid alone may increase the risk of cancer.”

A closer look at NORVIT

NORVIT can be read in full here (registration is free). Early on NORVIT says,

NORVIT was designed as a randomized, controlled, double-blind, multicenter, secondary prevention trial, testing the hypotheses that long-term (3.5-year) treatment with a folate/vitamin B12 combination or vitamin B6 would lower the incidence of MI and stroke by 20% each. A substudy was also set up to test the hypothesis that vitamin B therapy protects against loss of cognitive function.”

That sounds good, but when it comes to listing the vitamins actually administered, look at what it says:

Patients were randomized into 4 groups in a 2 x 2 factorial design:

It goes on, in the less noticeable print, to include B12,

Okay, so the flaw that jumps out at me is that B12 was included at the rate of 400 mcg. That’s a pretty tiny amount. Anyone having the most basic B12 replacement therapy has 1000 mcg a day.

None of the tables mentioned B12. My feeling is that B12 was added with the folic acid because folic acid alone is known to have an adverse affect in relation to B12:

Personally, I think the man, Dr Kaare Harald Bønaa, looks way too smug given that his work is being broadcast as a failure of “B vitamins”; when in fact the study included B6 and folic acid, with a minuscule amount of B12, so little B12 that it is not even shown on the tables.

The American researcher, Ralph Carmel, did an equally huge disservice when he published his opinion that raising the level at which B12 was said to be deficient would be useless.

I am sure that if the level at which B12 deficiency was identified was higher, that I would not have nerve damage. To wait until the level is so low that the person is suffering multiple symptoms is egregious. Especially when failure to promptly treat can mean that symptoms escalate into permanent nerve damage.

Please read the Molnycke, Sweden article about the B12 level at which cognitive dysfunction can begin to be detected. Article.