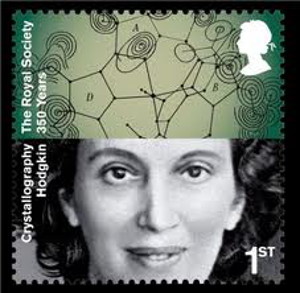 Vitamin B12 history in brief

1850s — English doctor, Thomas Addison, described a lethal “pernicious” form of anemia, related to pathological gastric mucosa. In other words, a destructive but gradual form of anemia appeared when the stomach lining became diseased. He showed that the anemia was associated with the stomach having little or no acid once its lining became diseased.

1926 — Georges Richard Minot and William Parry Murphy reported that 45 patients with pernicious anemia had been cured by eating large quantities of raw liver.

1934 — Minot, Murphy and Whipple received the Nobel Prize in Medicine for their research isolating extrinsic factor and identifying it as a vitamin. Vitamin B12, to be exact.

1956 — British chemist, Dorothy Hodgkin, described the structure of the vitamin B12 molecule.

Before there was any known cure, pernicious anemia was fatal. It was like cancer.

Turning points came when intrinsic factor was discovered, followed by the identification of vitamin B12. The discovery that people with pernicious anemia could be cured by eating quantities of raw liver was a huge step forward. Except, raw liver was a rather unpalatable cure. Today, the list of vitamin B12 foods is rich and appetizing.

Production of vitamin B12 was a dramatic leap forward.

Soon after came the discovery that pernicious anemia patients recovered when given injections of vitamin B12, as cyanocobalamin.

Perhaps not surprisingly, the early identification of anemia linked to vitamin B12 deficiency presents a lingering problem. Once it was known that blood cells in B12 deficient people were larger than normal that became the gold-standard symptom in identifying B12 deficiency.

The fact B12 deficiency was known to be accompanied by nerve/neuropsychiatric problems was entirely overshadowed by the blood disorder, anemia. The belief was that without large blood cells, there was no B12 deficiency.

Pernicious anemia with its lack of intrinsic factor is now thought to be relatively rare. In fact, today it has become clear that anemia is only one of many different signs of low vitamin B12 levels.

47% of Americans have Hypochlorhydria?

Hypochlorhydria, less familiar than pernicious anemia, is the condition of insufficient stomach acid to separate vitamin B12 from food.

An estimated 47% of people in the U.S. have hypochlorhydria, partially due to increased use of antacids marketed as a good source of calcium.

Research shows that smoking, high alcohol consumption, NSAIDS like Ibuprofen, and many prescription drugs reduce B12, as do some common genetic polymorphisms (variations occurring within a species) that affect enzyme activity.

Personally, I think the underlying problem reducing B12 is high stress. I wonder if people smoke and drink to relieve stress because they can feel the damage stress is doing. I’m not saying drinking and smoking are a cure for problems arising from stress; I’m saying it’s very possible that when stress is lowered and/or B12 levels are increased there is less desire to smoke and drink, on a purely physical level.

Scientific testing over a long period showed “functional deficiency,” that is, an insufficient distribution of B12 at the cellular level, could come about even though serum levels were normal.

News reports during 2008 that linked doctor prescriptions with kick backs from drug companies may make the medical community’s favoritism for drugs over nutrients less sad and more criminal. Or, not.

Too little stomach acid results in vitamin B12 remaining trapped in protein. Warning signs of low gastric acid can be found half way down the linked page.

When there is adequate stomach acid vitamin B12 is released from protein.

You need intrinsic factor before vitamin B12 can be used by your body.

Amazing microscopic view of B12.

While expensive tests are developed to test for B12 deficiency, for example using a determination of holotranscobalamin, the transport protein with selectively bound active cobalamin . . . Learning to recognize signs of low B12 in your body is your BEST DEFENSE against the ravages of B12 Malabsorption and low vitamin B12 levels:

Your fingernails reveal your B12 health