When I couldn’t get more antibiotic and still had tetanus symptoms (I was kept muscle contractions in my back away by being almost totally still) I took 12 to 15 of the 500 mg vitamin C with rose hips, the cheapest variety at Wal*Mart because I was in major poverty, with a mug of tea plus saltines and additional water, three times a day, adding up to about 18 to 23 grams a day. A gram is 1,000 mg.

That much vitamin C causes diarrhea, so it’s a bit daunting to take that much once you realize what’s going to come of it.

But, here’s the thing: those large doses of vitamin C also caused a change in the texture of my stool. At the time I had no idea what that meant, or if it meant anything at all. However, after taking that much vitamin C it was clear that when I ate corn it no longer came out looking like corn. Sometime after that I found research indicating I’d shed h.pylori.

Helicobacter pylori (h.pylori) causes gastritis, peptic ulcers and gastric cancer. Half the world’s population has it but its mode of transmission is uncertain. It is shed in cathartic stools. Successful catharsis was defined as three or more loose or watery stools with a short interval between stools. Helicobacter pylori in cathartic stools 2003 Society for General Microbiology

Once I’d shed the h.pylori my stomach acid production was normalized and I digested corn. I’m grateful to be freed from thinking about how h.pylori causes stomach cancer.

Then a woman wrote to me who’d seen some things I’d posted on a homeopathic site, where people had been major rude, I forget why, maybe because they expected me to totally recover from having used homeopathics, and I didn’t.

The woman wrote saying that a friend of hers had gotten tetanus and had been treated immediately, and was vastly better, but had some lingering problems.

The woman was (and is) a herbalist, and was worried about me when I told her what I was still experiencing. She sent me a huge box of home grown oranges, grapefruits, kumquats, HUGE lemons, two jars of honey from their bees, a tiny bottle of Oil of Greek Oregano, and a small packet of propolis.

I didn’t understand that I was supposed to eat huge amounts of the fresh fruit for its medicinal effects. Thus I wasted that great opportunity to have learned if the vitamin C in fresh fruit would have caused shedding of h.pylori.

When I took the doses she recommended the red lines under my fingernails faded, except for the thick one on my right thumb and the bright one on my left ring finger. The fading was a relief. (The lines, as I understand it, are called “splinter hemorrhages” and reflect blood infection.)

I also had red lines (they were not bright, but more a taupe/red) under my toe nail where the darning needle puncture had been. They too decreased a bit. I began to feel better. But, even though I was still soaking my foot in Epsom salts and using compresses of Epsom salts, both of which clearly helped, all of this did not totally get rid of the lines – or the infection which the lines apparently indicated. (The line on my right thumb had a reddish spot near the top of my thumb that was about the size of a lentil.)

When the homeless doctor gave me Metronidazole, the lines faded a great deal, but the lentil sized spot did not go entirely away, though it did grow smaller, and the line became wider and less distinct. However, I continued to tire easily and my eyes would burn a lot, which I associate from childhood with infection.

About this time a friend sent me an article on Linus Pauling and Vitamin C. The article said vitamin C could cure some types of cancer. I was open to believing this because by this time I’d found a study done in Bangladesh in 1984 that showed that vitamin C, when given to people with tetanus, reduced the severity of the symptoms and none of the people who had vitamin C died of tetanus. Tetanus kills about 40% to 60% of the people who get it.

What I learned from the Linus Pauling article that surprised me, was that the amount of vitamin C I had been taking was not enough. The article suggested about 26 grams a day. (I think this varies in relation to the size of the person.) I’m huge, I’m six feet tall and by this time I’d gained quite a lot of weight from hardly moving at all for a year, so the amount of vitamin C I was taking was short of being enough by several grams.

It made a difference. My eyes stopped burning and the remaining lines got really faint. They still aren’t totally, completely gone, but they are not so visible that anyone who did not know where to look could see them.

If I had taken a larger dose of Oil of Oregano and propolis, or taken a full 30 grams of vitamin C for five days or a week, it may have killed the clostridia and the blood infection and I would not have needed the Metronidazole.

The reason I think that, is that vitamin C appeared to control the tetanus. I had to keep taking the vitamin C because when I stopped the symptoms worsened. Plus, at one point I got a horrible toothache and infection where my dental implants were: I had completely failed to brush my teeth during the months when I couldn’t stand long enough for that kind of thing. (You would not believe how dirty I was after the months of not being able to shower for more than a minute because of how my muscles would tighten in a frightening way. A minute is not enough to wash my hair and body! I was crusty dirty.) 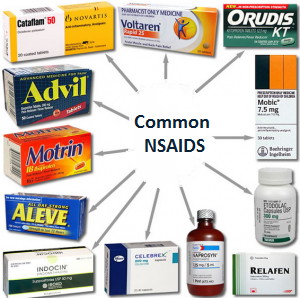 The homeless doctor said that much vitamin C could be dangerous. Strangely enough he didn’t seem nearly as worried about the huge amounts of Ibuprofen I was taking. (If you ever have to take a lot of Ibuprofen, be sure you take it with at least a couple of Saltines and a lot of water and tea and other liquid. It is important to do that because otherwise you can have a health devastating reaction to the Ibuprofen. I think this is true of all pain killers. So, be sure to remember to take pain killers with some food and LOTS of liquid.)

The upshot is that I now keep a supply of several bottles of vitamin C on hand because I am sure, I mean SURE that if bird flu hits, the vitamin C will work much better than Tamiflu or any other new drug or vaccine that is around or in short supply at the time.

Vitamin C could be a life saver, especially if things grind to a halt as a result of some sort of epidemic, like bird flu, and getting any kind of help to include healthcare is nearly impossible. (Like it was impossible for me to get help with my tetanus for so long. But I survived.)

Remember, if you are a smaller person than me, which most likely you are, you should take a proportionately smaller amount of C. I don’t know what that amount would be. You need to work it out. As you work out what amount is best for you, do it gradually, and keep notes so that you can see what you did and the effects. (I’m six feet tall and I weighed about 280 pounds. So that is pretty huge. You should not take as much vitamin C as I was taking if you are smaller than me. Equally, if you are larger it doesn’t mean you should take a great deal more. The difference for me came when I took 60 of the 500 mg vitamin C a day, instead of 45. Pauling’s article suggested the equivalent of 52 a day. in other words, 26 grams a day).

Also, I understand that the way vitamin C works, is that it combats whatever… so don’t take a large amount if you are well, because that would be bad for you because there would be nothing for it to combat. Do you see what I mean? This is important to remember. Do not take vitamin C in large amounts in an attempt to stay well, because that is not how it works. Taking it that way could make you sick. I believe the amount that Pauling himself took daily was 2-3 grams. He lived to nearly a hundred.

Finally, I wonder if Celiac Disease and Irritable Bowel would respond equally well to high doses of vitamin C.