In August, 2012, I learned on Twitter that all vitamin B12 originates with micro-organisms, or in other words, good bacteria. Yes, B12 comes from bacteria.

Suddenly the danger posed by glyphosate in GMOs took on new meaning.

I had believed vitamin B12 came from “meat, seafood, eggs, and dairy” per the experts.

Instead, research proved Twitter right. All vitamin B12 comes from bacteria ~ bacteria in the air, soil, and sea.

It had been known for awhile that some seaweed and teas have vitamin B12. But, the amounts, like the bacteria that produce them, are tiny and to detect them the test must contain intrinsic factor.

Up until I learned that bacteria make B12, the only gastrointestinal problems I knew of regarding vitamin B12 were low stomach acid and a lack of intrinsic factor. It hadn’t entered my mind that a tiny amount of Glyphosate in foods like soy and corn could be killing B12 making bacteria in my body.

I illustrated what I knew. For instance, our bodies can’t use the vitamin B12 that’s in food we eat if our gastrointestinal system lacks gastric acid.

Further, our bodies can’t use vitamin B12 in food if our gastrointestinal system lacks Intrinsic Factor made by parietal cells in healthy stomachs.

Because it’s complicated, I hoped illustrations would help. I didn’t draw anything to do with bacteria because I didn’t know about that whole aspect of vitamin B12. And, I still need to draw h.pylori stopping stomach acid production and interfering with parietal cells that make intrinsic factor in a healthy stomach.

Quite honestly, I was amazed that the “bacteria” thing hadn’t been a basic starting point in the masses of research I’d read.

I wondered about bacteria and vitamin B12 and wondered if my B12 deficiency was connected to the fact I’d been sick a lot as a child: pneumonia and appendicitis attacks at the same time, repeatedly.

My doctor had wanted to take my appendix out but with pneumonia I wouldn’t be able to breathe well under anesthesia. So, he had the hospital give me penicillin shots. When there was hardly a place left to give me another, I got hives, huge welts all over my body. My doctor said I’d become allergic to penicillin and that to continue giving it to me, which he said had to be done, they’d have to mix it with a sulfa drug. And, with that I continued having shots.

Finally, a day came, months later, when I was well. A date was set for an appendectomy. Surgery went well. That night, however, a nurse found my bed soaked with blood. I had to be rushed to surgery, and given vitamin K. Apparently I was too low on vitamin K for my blood to clot.

Years later when I had my tonsils out, same thing: lots of bleeding.

It was decades before I read Know Your Nutrition by Linda Clark and learned that if someone is given sulfa drugs it interferes with their ability to get vitamin K.

Now, through my research I see that vitamin K, like vitamin B12, requires micro-organisms or “good bacteria” in order for our bodies to absorb it. When we use antibiotics or Sulfa drugs, we kill the good bacteria. At the same time we make our stomachs more hospitable to bad bacteria, like h.pylori.

That’s how I came to wonder if GMO corn and GMO soy in my food was killing bacteria I need to get B12 from food. 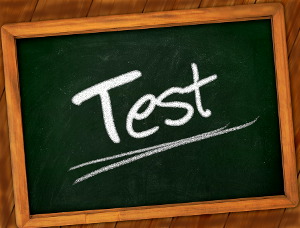 I decided to run a test by cutting corn, soy and all GMOs from my diet. At the same time I stopped using Methylcobalamin lozenges to see if organic food alone, without anything in it to kill the good bacteria, would keep my B12 level healthy.

Sure enough. So far it’s been over a month without a Methylcobalamin lozenge, and I have small but clearly visible moons coming back on my fingernails. Happiness. The Methylcobalamin was costing over $60/mo because of how much I need to keep from having peripheral neuropathy pain.

2/9/2014 ~ It turns out I can’t completely stop using Methylcobalamin lozenges. Without any, peripheral neuropathy pain returns. But one or two 5mg lozenges a day seems to work. Prior to cutting out GMOs I had to use 5 to 6 of the 5mg lozenges a day. So, there is an significant advantage to cutting GMOs out of daily meals and snacks.

5/31/2014 ~ I also failed to appreciate that over winter I wasn’t getting B12 from bacteria I was carefully not washing from my garden veggies.

Now that I’m having collards, celery, onions, and Indian spinach from my garden I have fewer instances of peripheral neuropathy, even when I forget to use methylcobalamin lozenges. Next winter I must remember to compensate for the lack of B12 making bacteria in canned vegetables.

7/1/2016 ~ I learned today that most wheat crops in the United States are sprayed with Glyphosate (as in Monsanto’s RoundUp) prior to harvest. After watching a video on Twitter that showed sprayed wheat in contrast to the unsprayed grass right next to it, I googled desiccated wheat and found an informative, revealing article.

7/6/2018 ~ A video showing wheat dessicated by the spraying of glyphosate has been removed from YouTube and dozens of pro Glyphosate videos are in its place, to include videos of English farmers hoping that leaving the EU will allow them to use Glyphosate on their crops. All I can say is, YIKES!

Basically, GMOs (Genetically Modified Organisms) are created to use with RoundUp and its Glyphosate. It’s the glyphosate that we want to avoid because of its effects on our health.

GMO labeling is meant to identify products containing glyphosate. But, no one talks about Glyphosate sprayed on wheat because there’s no genetic modification involved. The silence on the subject seems incredibly insidious.  Insidious: causing harm in a way that is gradual or not easily noticed.

Take a look at a chart contrasting the nutrition in GMO vs non-GMO foods.

Which is healthier, corn tortilla chips or wheat crackers?