It’s not surprising that so many signs of ill health relate to these two huge systems. 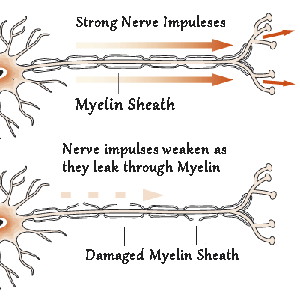 The fly in the ointment is that B12 levels causing memory loss, depression and other nerve related problems, begin at 500-550 pg/mL or, in other words, well before the 200 pg/mL low related to red blood cells and the circulatory system.

Compelling vitamin B12 research shows low vitamin B12 levels impact nerves. Yet many healthcare providers are stuck in the familiar past, refusing to see B12 deficiency unless it matches the classical definition involving enlarged red blood cells.

For example, after I was diagnosed with “profound vitamin B12 deficiency” a different doctor, who happened to be from India, said I could not have B12 deficiency because I wasn’t vegetarian. For her, the first/sole thing she looked for was a vegetarian diet, most typical in India. Any person coming to her who wasn’t vegetarian,  was unlikely to have their signs of low B12 levels taken seriously.

The point is, a doctor’s underlying beliefs impact their view of your health problems, and therefore the diagnosis the give.

While research has shown that low B12 levels experienced over a long period of time lead to pernicious anemia and the body’s loss of the ability to make intrinsic factor in the stomach, where it’s needed in order to get and use the B12 in food, not everyone with low vitamin B12 levels will have the large blood cells.

Finally, if your fingernails have ridges or you are beginning to lose your moons, give Methylcobalamin a try. After you start using it keep notes so you can review how long it took for a positive change.

Low Vitamin B12 Levels and Brain Damage ~ I found stress coincides with lower vitamin B12 levels, an increased number of low vitamin B12 signs and eventually a failing brain. Another useful page is Stress can break you ~  Basically, under stress your telomerase, which is essential for longer telomeres, is decreased. To clarify, stress shortens your telomeres and short telomeres are related to illness and earlier death.