1/29/2017 ~ To avoid the sugar in Cheerios, and particularly in Ancient Grains Cheerios I tried crackers for breakfast. But, I ran into reports saying 96% of U.S. wheat is sprayed with glyphosate before harvest to kill the wheat so that it dries out more quickly than if left on its own in the sun.

Glyphosate is in RoundUp and is an effective killer. GMO crops like corn and soy have been genetically modified to resist being killed by RoundUp when it’s deployed against weeds and pests. In the industry GMO seeds are marketed as RoundUp Ready. 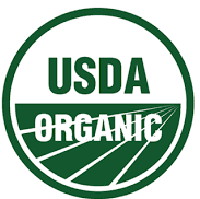 To avoid glyphosate you need to buy foods labeled Organic.

Glyphosate has not been tested for human safety beyond 3 months. It turns out that for the first three months of exposure to Glyphosate and GMO foods, your body isn’t affected. The problems come later, which is likely why the tests are short in duration. Keep in mind that Michael Taylor, a top Monsanto lawyer, was put in the FDA by more than one president. And, surprise, surprise, GMOs have not been targeted by the FDA.

Cereal and crackers vs tortilla chips

From a wide range of wheat crackers of the non-organic variety, I chose Nabisco Triscuit Cracked Pepper and Olive Oil, Nabisco Toasted Pita Wheat Thins, and Keebler Focaccia. The first thing I noticed was that the serving size varied, with a dramatic effect on how ingredients like salt/sodium appeared.

Nabisco says its serving size is 28 and 29 grams, respectively. Keebler says 3 of its Focaccia crackers are a serving at 14 grams.

What is not similar is the amount of sodium. For example, Focaccia has 95 mg for every 14 grams of cracker. At first glance that appears to be the least sodium. After all, Triscuit has 140 mg of sodium, and Toasted Pita has 160 mg. So Keebler’s 95 mg of sodium seems the best by far.. until you realize that to actually compare you have to double the Keebler amount because the cracker serving is half the size. Once you equalize the serving size, Keebler’s Focaccia has 190 mg of sodium for a serving the size of that shown by Triscuits and Toasted Pita.

I’m not good at math, so if I were looking at these boxes in a grocery store, rather than with my computer calculator to hand, I’d likely let myself be convinced by Keebler, to the detriment of my health… if salt were an issue for me.

I also compared the crackers and chips to Cheerios. Since childhood decades ago Cheerios has been my favorite cereal. I’ve come to wonder, however, if Organic Chips might not be a better choice. After all, if most U.S. wheat is sprayed with Glyphosate prior to harvest, it’s likely U.S. oat crops are sprayed with the same desiccant prior to harvest. Making Organic Blue Corn Chips, No Salt Added, a better breakfast choice. 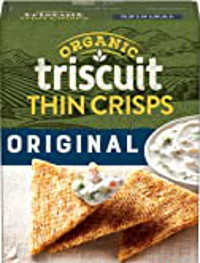 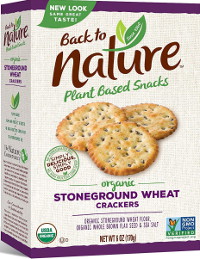 I’m partial to Back to Nature crackers, which go particularly well with cheddar. I eat a lot of cheddar because it’s something I know has zinc in it. (if you’re low on zinc, you can lose your sense of smell and sense of taste… which could accidentally make you think you had covid.)