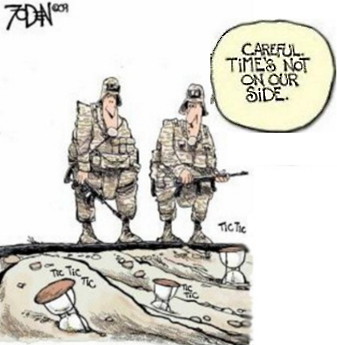 Meanwhile, according to the World Health Organisation there are more than 47.5 million people in the world with dementia. Of those cases, about 60% to 70% are Alzheimer’s.

Researchers at the University of Adelaide in South Australia discovered in 2014 that light intensity can be used to identify the presence of explosive residue, as used in IEDs; in 2016 they showed that their technique can also be used to detect a range of molecules useful in identifying diseases, as for instance low vitamin B12 levels associated with dementia.

On October 17, 2016, they presented their findings at the SPIE BioPhotonics Australasia Conference in Adelaide.

Lead investigator Georgios Tsiminis said, “Our sensor is an early first step towards a point-of-care solution for measuring and tracking B12 in healthy ageing adults. This would allow doctors to monitor B12 levels and intervene as soon as B12 deficiency was detected.” 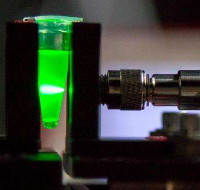 Dr. Tsiminis’ technique is quicker, more efficient and more cost-effective than current methods for diagnosing Alzheimer’s and dementia. His technique uses a sensor that shines a laser through a vial of diluted blood, causing the vitamin B12 molecules to vibrate. An optical fiber then collects the signature of the vibrations and delivers it to a spectrometer that analyses the signature.

Dr Tsiminis explained, “We shine a light onto a blood sample that gives us a measurement of the amount of vitamin B12.” He added that the optical measurement takes only about 30 seconds after blood preparation, in contrast to current vitamin B12 detection methods that take almost two days.

Vitamin B12 is a highly complex vitamin, vital to healthy, functioning nerve tissue, the brain, and red blood cells.

It is a well researched fact that vitamin B12 levels tend to decline with age.

By detecting decline early it becomes possible to stem further decline, if not stop it altogether.