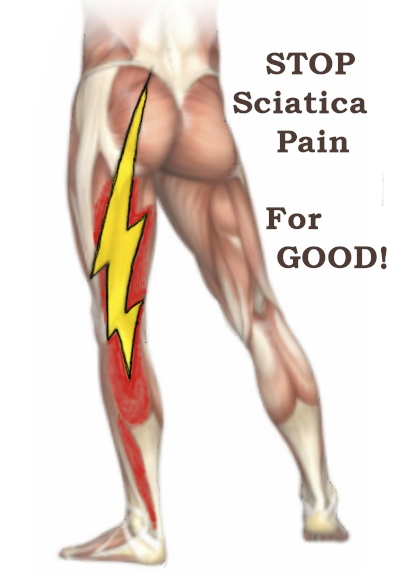 Broken bones, appendicitis attacks, operations, an accidental cut to the bone in my finger, don’t compare to the pain of Sciatica! Sciatic nerve pain was the worst. It was sharp, penetrating, unrelenting! (On second thought, sciatica and shingles rank as the worst pain.)

My doctor gave me painkillers and exercises but the sciatica kept coming back with a vengeance, each time worse than before. Or, maybe my fear of the sharp, shooting pain running down my leg made me tense and that tension intensified the pain.

In any case, I had sciatica repeatedly and each time felt worse than the time before. Then, a Profound Vitamin B12 Deficiency that had been undetected for years was finally diagnosed and B12 shots ensued.

I felt so much better after B12 shots that it was somewhere between unbelievable and miraculous.

Despite the vast improvement, however, my doctor was reluctant to continue giving me B12 injections. I had to beg, then listen to her tell me how too much vitamin B12 is as bad as too little. I had no idea what that meant, all I knew was that I was feeling better than I had in years. It seemed to me that if I was feeling much better it was a long way from B12 shots being as bad as too little B12.

I now know that my doctor was probably thinking about how vitamin B12 is cobalamin, and is the only vitamin with a mineral component. Plus, the shots contain a tiny amount of cyanide for some reason I continually forget. The amount of cyanide is considered too small to do any damage, unless of course, you have too much, the elusive “too much.”

After years of B12 shots with the frequency of a shot a day or more, based on a prescription from the holistic doctor to whom I had switched, I began having a brown spot in my field of vision. When I stopped using injectable Cyanocobalamin and switched to Methylcobalamin lozenges, the brown spot went away and has never come back… much like the sciatica.

I haven’t had sciatica again since I began having B12 replacement.

Why did B12 help? The fact is that B12 is necessary for healthy nerves and blood. If you’re low on B12 then you may be sensitive to certain sounds… that’s because your auditory nerve is suffering and prone to pain from sharp and loud noises.

So too, if your vision gets a bit fuzzy when you’re under a lot of stress, that’s the effect of stress on your B12 levels. The lowering of your B12 levels, in turn, affects your optic nerve.

And so on, and so forth.