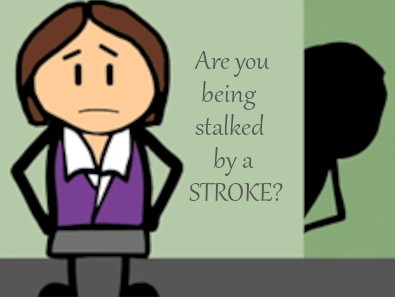 1/1/2022 ~ Are you in danger without realizing it. Are you ignoring signs that could alert you to the danger?

A bit of dizziness may not seem serious. It’s easy to ignore most of the time. In fact, it may seem commendable to ignore it.

After months of dizziness I got quite good at ignoring it. Several people on Twitter shared their experience with dizziness, and I began to feel I wasn’t alone and dizziness wasn’t some horrible thing after all.

But, a niggling anxiety wouldn’t go away, mostly because of swellings here and there under my scalp and a sense of something pressing against my brain.

I knew I had dental infection around old implants but I’d had that under control with vitamin C for decades. Not that I didn’t think about Sage Stallone dying after having teeth extracted. I mean, Sly Stallone’s otherwise extremely healthy looking, handsome son. Something to do with teeth killed him?

I tried using big doses of vitamin C, several grams at a time, several times during the day to knock out whatever was causing the swellings but, I’d always have to stop because at a certain point vitamin C causes diarrhea.

It wasn’t until I decided to go about it differently: instead of trying to knock out the problem with a blast of vitamin C, I’d change my body pH until it was too inhospitable for any infection to continue. Within days that approach was making a noticeable difference.

Then a tooth fell out. This is after months of dizziness. Still, I was completely shocked, and shocked most of all by the fact the top of the tooth looked perfect, but the inside was filled with decay.

Decay like that, inside my body, inside the remaining socket from the tooth, freaked me out. And, that’s an understatement.

Once I began googling teeth, dizziness, and brain I began getting a much clearer idea of what had been going on than I had when I’d been googling dizziness alone.

To make a long story short

The dizziness was bad enough to make me take it seriously. I thought of the dizziness as a thing completely on its own, though I recognized that it likely was related to my ears and their ability to keep me balanced. Still, when there was a swelling behind my left ear I thought of it as some irritation affecting my auditory nerve and in turn my balance, nothing more.

It wasn’t until there were spongy, raised bits around my scalp that I began to worry about my brain. The accompanying feeling of pressure, as if my skull was pressing against my brain, made me worry about a stroke.

The problem with that is the months it took for me to begin to cotton on, to begin to understand the clues to the very real danger of an oncoming stroke.

Basically, a stroke results from restricted blood to the brain.

Dizziness is a clue, but what makes it a significant clue is accompanying swelling behind an ear, or at the back of the head.

Finding your neck feeling stiff, for longer than could result from a bad night’s sleep kinking your neck, may be a fortuitous discovery.

For me, I felt a ridge of swelling toward the base of my skull and I tried to get rid of it by using external things like Epsom salts soaks and compresses, and by taking more magnesium tablets to relax whatever could be knotting up and creating the ridge. I also tried bombarding it with vitamin C.

Something much more subtle was needed, and it took me quite a while to cotton on.

The role of body pH is subtle and yet dynamic, and is probably far less understood that it could be, given how relatively simple it is.

If you’re thinking, “So how do we do that?” Then, Well done you! The quest for health often begins with a quest for knowledge and understanding!

What is seldom discussed is the way that taking vitamin C is like eating oranges.

When I took 4 grams of vitamin C a couple times a day, it didn’t change my body pH for a long enough to do any real good in terms of stopping the infection that was causing the dizziness.

When I focused on changing my body pH to see if that would make a difference I began taking a gram of vitamin C every hour or two during the day, adding up to 10 or so grams a day. That made a difference.

Can vitamin C be harmful?

Decades ago there was a man on the Johnny Carson Show who was taking huge amounts of vitamin C daily, saying he would live well over a hundred years. He actually died on the show shortly after saying that.

My feeling is that if you take a lot of vitamin C when there’s nothing in particular for it to do, like end an infection, then you’re raising the alkaline pH of your body so much that it becomes as dangerous as a very acidic pH.

There is also the fact that for some people, if they have a rare gene and diabetes, vitamin C can be dangerous. At the same time, eating oranges and other vitamin C rich foods is not dangerous for them.

I’ve been eating four oranges a night in order to keep my alkaline pH high at the same time I don’t want to take more vitamin C because of the possibility of diarrhea during the night if I do.

For me, everything changed and I stopped feeling as if something dangerous was stalking me after I began using a gram of vitamin C an hour during the day, and eating four navel oranges at night.

And, I slept more. Sleep is necessary in order for the body to be able to concentrate on healing. For instance on New Year’s Eve I felt good for the first time in months, following changing my body pH, and I stayed up very late enjoying my newly achieved feeling of health.

Next day that feeling was no longer there. I had gotten over tired and the infection had taken advantage of that.

Feeling tired is a symptom/clue of oncoming stroke, so it’s good to sleep when your body is signalling that it needs sleep.

Stalking image is from a video on study.com