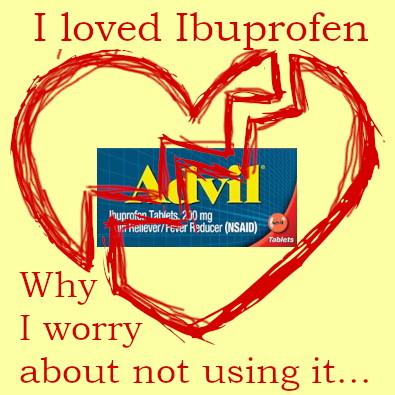 July 17, 2021 ~ It’s been over a year since I more or less entirely gave up using Ibuprofen. I’m reviewing my decision because overall it seems as if my good gut bacteria are flourishing as a result. I have less inflammation, which is for sure a good thing.

Adults who regularly take ibuprofen are 38% less likely than nonusers to develop Parkinson’s disease, and the risk further decreases with higher frequency and duration of ibuprofen use. Regular use of ibuprofen is associated with a significantly lower risk for Parkinson’s disease than is use of aspirin, acetaminophen, or other NSAIDs, according to the results of a study published in Neurology.

Recently my hands have been shaking when I hold my cell phone. The degree of shaking is unnerving. I would hate to have it become permanent, even when I’m not holding something in my hand.

But, I keep remembering Dr. Gundry saying in an infomercial re his Total Restore that taking an Ibuprofen is like throwing a grenade into your stomach, as far as the good bacteria are concerned.

I’m torn. I’m sharing my dilemma in the hope that spelling it out will help me come to a clearer understanding.